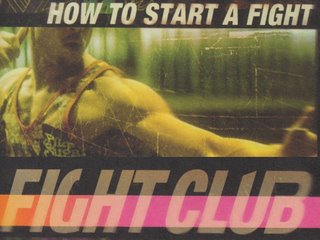 The irenic nature of the ministry is seen in the message and the conduct of the church.

Ministers of the gospel, as sons of God, are to be peacemakers. The message of the Church is of peace with God through the Lord Jesus Christ. All believers are to show in their conduct the wisdom from above which is peaceable. A harvest of righteousness is sown in peace by those who make peace. The peace of Christ is to rule in the hearts of the Lord's people in the local church. The bond of peace in the church, which is the foundation of the unity of the Spirit that we should be eager to maintain, is the work of the cross. Christ crucified is our peace. He came and preached peace to those who were far off, and peace to those who were near.

But the Christ who makes peace with God through his own blood has enemies. This side of glory, an irenic ministry is not enough. The church militant has a polemic dimension to its work.

There are enemies of the cross. Ministers of the gospel must use the weapons that God provides to pull down strongholds, to demolish pretentious arguments that set themselves up against the knowledge of God. They must not only be able to edify God's people, they must be able to refute opponents as well.

In context (2 Corinthians 10) Paul is not talking about destroying the arguments of pagan philosophers as he debates with them. No, he is speaking of the professing church. He would love to build them up, not tear them down. But he cannot tolerate error, it must be fought against, it must be demolished. Paul is ready for war for the sake of the honour and glory of the Lord Christ.

If you're not prepared to fight then the ministry is not for you.

Pacifism in the ministry is a betrayal of God's church, the flock that he has bought with his own blood.

Here is the admonition of a knight who fought dragons:

In the sphere of religion, in particular, the present time is a time of conflict; the great redemptive religion which has always been known as Christianity is battling against a totally diverse type of religious belief, which is only the more destructive of the Christian faith because it makes use of traditional Christian terminology."