Martyn Lloyd-Jones on heresy (and on a t-shirt) 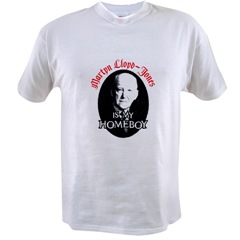 With respect to Frank Turk at Team Pyro here is an extract from a Lloyd-Jones sermon on Ephesians 6:

"The simple fact is that for several centuries the Christian Church was literally fighting for her very life. With the conversion, and the coming in, of those who were trained in Greek philosophy and teaching, all kinds of dangers immediately arose, and the danger became so great as to threaten the whole life of the Church.

People who called themselves Christians, and moved in the realm of the Church, began to propagate teachings that were denials of Christian truth. The threat became so great that the leaders of the Churches held certain great Councils in order to define the Christian faith. Their object was to pinpoint heresies, and to protect the people from believing them. Such confusion had come in that people did not know what was right and what was wrong. So the leaders met together in these great Councils, and promulgated their famous Creeds, such as The Athanasian Creed, The Nicene Creed, and The Apostles’ Creed.

These Creeds were attempts on the part of the Church to define, and to lay down, what is true and what is not true. And in this way they were able to brand certain teachers as heretics, and to exclude them from the life of the Christian Church. The confusion that led to the drawing up of the Creeds was a great manifestation of the wiles of the devil."
Posted by Martin Downes at 4:50 PM