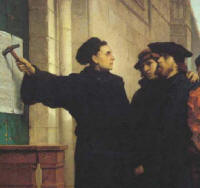 It pains me to say it but evangelicalism is often intellectually flabby and shallow when it comes to thinking about creeds and confessional statements.

There are several reasons for this at the corporate and personal levels. Doubtless there is the influence of the culture of modernity with its constant impulse toward innovation and incipient disdain for the past.

There is also the acceptance of doctrinal minimalism. This is not only evidenced in the subscription to fewer and fewer doctrines, but even the bare essentials are being described and expounded in fewer and fewer words. So the essentials become assumed with less description than would have been the case in previous generations.

The upshot of all this is that confessionalism is unappreciated. Doctrine is regarded as abstract, and doctrinal statements as no more than the product of abstract thinkers.

Contrast this state of affairs with some stirring words from the incomparable Warfield:

"...it is often the epochs which produced the creeds that produced the deepest feeling and appreciation of those doctrines which are given their most authoritative form of words in the creeds."

"Consequently there is a spiritual power, more or less latent in the creeds and confessions. They bear witness to the excitement of discovery, the joy of salvation, and the strength of conviction which the truth, once discovered, produced in the hearts of those who composed the creeds as a testament to the illumination God had granted them."
Posted by Martin Downes at 12:41 PM