The Classical Distinction between Orthodoxy & Heresy 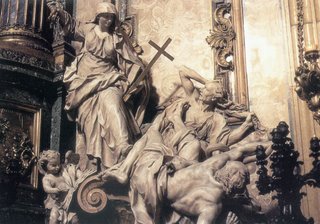 The classical distinction between orthodoxy and heresy was well understood.

"With only a few latitudinarian exceptions, both the heretics and the orthodox...were agreed throughout the controversies from 100 to 600 that there was only one true doctrine, which each party claimed to possess. The truth was one, and there could be no pluralism in its confession; one's opponents were not merely espousing a different form of Christian obedience, they were teaching false doctrine. The heretics were no less implacable than the orthodox in claiming that only their position was the correct one."

Nothing much has changed today has it?
Posted by Martin Downes at 3:24 AM