The Necessity of Fight Club 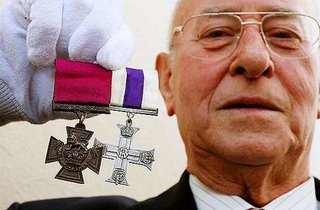 Previous generations of Christians have left the contemporary Church a great legacy of truth.

Many of the doctrines that are handed on to us were fought for by our grandfathers and grandmothers in the faith stretching back through the centuries.

One thinks of the battles for the Trinity, the deity of Christ, justification by faith alone, the sole authority of Scripture, and the substitutionary death of Christ that satisified God's justice.

Contending for the faith was costly in their day. And now to us, in ours, a legacy is left of life giving, soul sustaining truth, to be valued, as we believe, confess, teach, proclaim, and obey.

So I try not to think of creeds and confessions as antiques, relics of the past with no use and value in the present. No, they are medals, badges of honour, testimonies to the truth. They are handed on as truths worth believing, worth living for, and worth fighting for.

But the danger with inheriting these riches that have come without personal cost to us, is that we will squander them. Not necessarily but treating them with open unbelief, but by receiving them with a coolness of spirit, and with an aloof heart. They fought. We may not have to, well not immediately. And with that comes great danger.

Of course the truth of the matter is that old battles are fought by new combatants. That is inevitable. Which makes the task of teaching the faith to each generation an urgent task.

"Divine providence as a reality is ever steady, stable, steadfast, sure and strong. Would that this were true for divine providence the doctrine. Divine providence as a doctrine is in great turmoil. Theological earthquakes shake its foundation. This is no time for the weak-kneed and spineless to traverse its volatile terrain. The forces are strong that would topple the classical doctrine of providence, and so must be the resolve of those wishing to reinforce it."