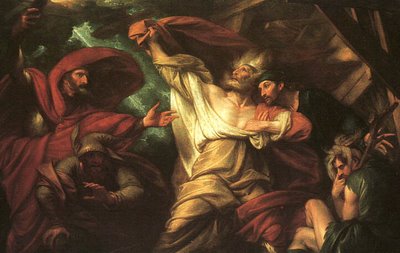 The errors of some men are perplexing. Assessing their persons is likewise a troubling task. When men embrace error they can do great damage to the Church. The following comment is both thought provoking and intriguing.

"I look back upon him with awe, as on the saints and martyrs of old. A holy man, in spite of all his delusions and errors. He is now with his God and Saviour, whom he wronged so much, yet, I am persuaded, loved so sincerely."

Irving (1792-1834) was charged with heresy for his doctrine of "the sinful substance of Christ." Arnold Dallimore notes that:

"...in the midst of such circumstances [action by the presbytery against him], Irving was unmoved and unmovable. He was convinced he was fighting for the truth and that his opposers were the ones guilty of heresy. With all his being he believed Christ was kept from sin by the Holy Spirit and that therein lay the very essence of Christianity--that mankind, too, may have the same measure of the Spirit's power, and experience the same victory."

Irving eventually came to trial on 13th March 1833 charged that in his writings he maintained "the sinfulness of the Saviour in his human nature." Irving was found guilty of heresy and deposed from the ministry of the Church of Scotland.

Was M'Cheyne too generous? Had Irving gone too far with his error for M'Cheyne to make any positive (hopeful) assessment?
Posted by Martin Downes at 1:46 PM

No, I think M'Cheyne was right in his assessment of Irving. Sincere, a real Christian, but catastrophically wrong.