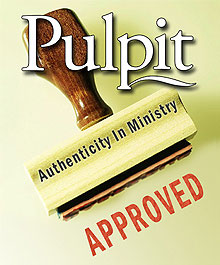 Pulpit Magazine is running a series on Lordship salvation. Here are some quotations from John Owen's work on justification. Owen has been arguing that the object of justifying faith is Christ in his priestly office, since in it is in his propiatory work that sinners find relief from the guilt of their sin and the wrath of God. But that doesn't mean that his other offices are excluded from saving faith.

"We cannot so receive Christ in the promise, as in that act of receiving him to exclude the consideration of any of his offices; for as he is not at any time to be considered by us but as vested with all his offices, so a distinct conception of the mind to receive Christ as a priest, but not as a king or prophet, is not faith, but unbelief,--not the receiving, but the rejecting of him."

Owen, The Doctrine of Justification by Faith, p. 117

For Owen the fact that justifying faith is placed in Christ's priestly office does not exclude Christ's kingly and prophetical offices in the same way that works are excluded in justification.

"For, so to believe to be justified by his blood, as to exercise a positive act of the mind, excluding a compliance with his other offices, is an impious imagination."

Surrounding these quotes are several pages of exposition that are well worth reading.
Posted by Martin Downes at 11:34 AM