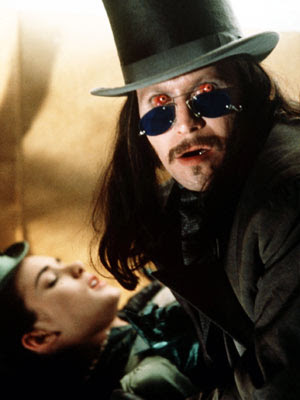 Have a read of this description of the open theist understanding of God's foreknowledge from the pen of Clark Pinnock (it is a bit long but worth reading):


Obviously God must know all things that can be known and know them truly. To be able to know all that can be known is a dimension of God's power. Ignorance, or not to know something God needs to know in order to govern the universe and pursue his will, would be a serious limitation.

We should not think of God's omniscience as a vast encyclopedia of past, present and future facts. The Bible does not see it this way, nor is it a helpful way to think of it.

When God gave creatures freedom, he gave them an open future, a future in a degree to be shaped by their decisions, not a future already determined in its every detail...Philosophically speaking, if choices are real and freedom significant, future decisions cannot be exhaustively foreknown.

This is because the future is not determinate but shaped in part by human choices. The future is not fixed like the past, which can be known completely. The future does not yet exist and therefore cannot be infallibly anticipated, even by God. Future decisions cannot in every way be foreknown, because they have not yet been made. God knows everything that can be known—but God's foreknowledge does not include the undecided.(Ibid., p. 123)

The Openness of God was published in 1994.

Please bear in mind that when Christianity Today published an article on open theism (9th January 1995, "Has God been held hostage by philosophy?" with contributions from Roger Olson, Douglas Kelly, Timothy George and Alister McGrath) the subtitle for the article read "A forum on free-will theism, a new paradigm for understanding God."

Just how new was this new paradigm? Well compare Pinnock's words above with the following from Charles Hodge written in 1871:

The Socinians, however, and some of the Remonstrants, unable to reconcile this foreknowledge with human liberty, deny that free acts can be foreknown. As the omnipotence of God is his ability to do whatever is possible, so his omniscience is his knowledge of everything knowable. But as free acts are in their nature uncertain, as they may or may not be, they cannot be known before they occur. Such is the argument of Socinus. This whole difficulty arises out of the assumption that contingency is essential to free agency. (Systematic Theology Vol. 1, p. 400-1)

In a later period the Socinians taught the same thing. God knows all things, they said, but all things according to their nature. Hence, he knows future contingent (accidental) events, not with absolute certainty (for then they would cease to be accidental), but as contingent and accidental; that is, he knows what the future holds insofar as it depends on humans, but not with infallible foreknowledge. If that were the case, the freedom of the will would be lost, God would become the author of sin, and he himself would be subject to necessity. (Reformed Dogmatics Volume 2: God and Creation, p. 197. Emphasis added)

The point? The new view of God known as open theism was at least as old as the Socinian denial of God's foreknowledge, and it rested on the non-negotiable commitment to the same premise: libertarian free will.

Posted by Martin Downes at 2:18 PM