Does God need to be reconciled to us? 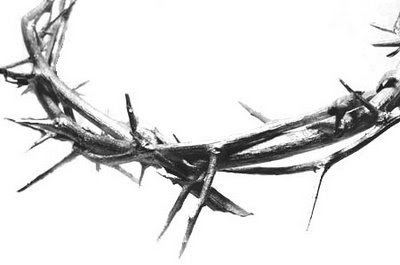 I'm currently writing a chapter for a book. The chapter title is "Heresy Never Dies: The shadow of Socinianism falls on Evangelicalism." The Socinians were a 16th and 17th century group that denied the trinity, the deity of Christ (obviously), justification sola fide, penal substitution, eternal hell, and God's exhaustive foreknowledge (yup, they are the ancestors of Clark Pinnock and the other openness guys on that one).

The Racovian Catechism has the following to say about the death of Christ and reconciliation (Section V, Chapter 8):

...the Scripture never asserts that God was reconciled to us by Christ, but that we were reconciled to him; which indicates no wrath on his part, but our aversion to him, and our enmity against him. Wherefore the satisfaction, which they fancy, can by no means be inferred from any of those passages.

As I read that I also remembered coming across the following footnote, quite unrelated to Socinianism, in Don Carson's chapter "Atonement in Romans 3:21-26" in The Glory of the Atonement (Hill & James, eds):

On the other hand, because the same exegesis also demands that we take the wrath of God seriously, and the texts insist that God takes decisive action in Christ to deal with our sin so that his wrath is averted, in that sense we may speak of God being "reconciled to us": Wesley was not wrong to teach us to sing "My God is reconciled," provided it is recognized that his language is drawn from the domain of constructive theology and not from the narrower domain of explicit exegesis (although, we insist equally, the constructive theology is itself grounded in themes that are exegetically mandated). (p. 134, n. 53)

In due course I will post some comments by John Owen on this point from his work Vindicae Evangelicae.
Posted by Martin Downes at 3:47 PM