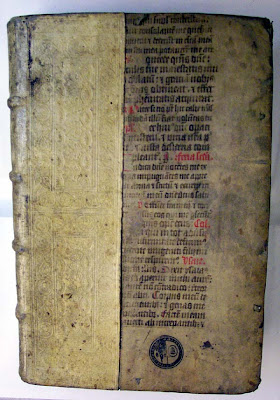 What effects upon the soul are the result of the Spirit wrought application of the sovereignty of God (in creation, providence and redemption) as declared in his Word?

Do these truths make men and women narrow and bigoted, proud, arrogant, unloving, harsh, and cold? Do they make them humble, considerate, kind, loving, and motivated in their love to others?

I realise that not all accusations that Calvinists are arrogant, cold and harsh are misplaced. At times we are inconsistent with what we believe to be true, and fall short of being truly shaped by the truth. One of my favourite blog posts deals with this issue, you may like to read it (Why [some] Reformed people are such jerks)

But, to borrow some words, with a little adaptation, from ER: I want a real Calvinist, who believes in a really gracious salvation! Here is Warfield's assessment that Calvin was in fact that kind of Calvinist:

It was that we might know ourselves to be wholly in the hands of this God of perfect righteousness and goodness--not in those of men, whether ourselves or some other men--that he was earnest for the doctrine of predestination: which is nothing more than the declaration of the supreme dominion of God.

It was that our eternal felicity might hand wholly on God's mighty love--and not on our sinful weakness--that he was so zealous for the doctrine of election: which is nothing more than the ascription of our entire salvation to God.

As he contemplated the majesty of this Sovereign Father of men, his whole being bowed in reverence before him, and his whole heart burned with zeal for his glory.

As he remembered that this great God has become in his own Son the Redeemer of sinners, he passionately gave himself to the proclamation of the glory of his grace.

B. B. Warfield, "John Calvin: The Man And His Work" in The Works of Benjamin B. Warfield Volume V: Calvin and Calvinism, p. 23
Posted by Martin Downes at 1:44 PM