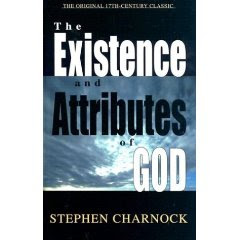 The more familiar that we become with the history of Christian thought, the more we realise that contemporary issues are often replays of older debates.

This has been the case with open theism. Christianity Today may have referred to it, back in 1995, as the "new paradigm" for understanding God, but the reality was that this paradigm had been put forward in the seventeenth century.

I want to show you that Stephen Charnock (1628-1680) understood and sought to refute the open theist paradigm, as espoused by the Socinians, all those centuries ago.

Sacrificing God's exhaustive foreknowledge for the sake of preserving libertarian free-will seems an incredibly high price to pay. This, however, is what the open theists have been prepared to do. Here we reach a major theological fork in the road.

Let's observe how open theist Richard Rice sets this out in his 1989 essay “Divine Foreknowledge and Free-Will Theism” (in Clark Pinnock [ed.], The Grace of God and the Will of Man) explains it as follows: