He paid back what he had not stolen 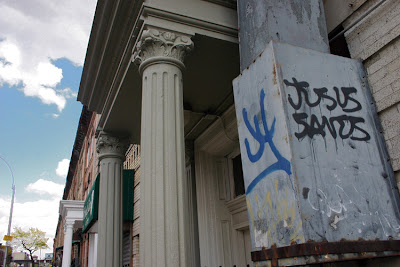 Kim Riddlebarger posted the following extract from the Belgic Confession (Article 21) on his blog yesterday. I was so glad to read it:

We believe that Jesus Christ is that consummate High Priest, established in eternity with an oath according to the Melchizedekian order, and that He presented His very self in our name in the presence of the Father for the placation of His wrath with full satisfaction, placing His very self upon the altar of the cross and pouring out His blood for the purgation of our sins, just as the Prophets had predicted it would happen.

For it is written, “the castigation of our peace was placed on the Son of God,” and “we are healed by his wounds.” Again, “He Himself was led to death as a lamb,” and He was “numbered among sinners” and condemned as a criminal by Pontius Pilate, even though he had previously declared Him innocent.

Therefore, He paid, “for what He had not stolen,” and the just suffered for the unjust, both in His soul and body, so while sensing the awe-striking debt for our sins, He sweated blood and water and He even finally cried out, “My God, my God, why have You forsaken me?” And He endured all these things for the remission of our sins.

For this reason, we rightly say with blessed Paul “we know nothing whatsoever, except Jesus Christ and Him crucified,” in fact, “we consider all things as excrement on account of the excellence of the knowledge of our Lord Jesus Christ, ” so that he who is in His wounds finds every kind of consolation.

And so nothing is necessary lest we would hope for or think up for ourselves any other reckonings with which we can be reconciled to God besides this one and only complete oblation, by which all believers, who are sanctified, are consecrated and perfected unto eternity. And moreover this is the reason why He Himself was called by the Angel, “Jesus,” that is, “Savior, because He is going to save His people from their sins.”

Posted by Martin Downes at 9:35 AM