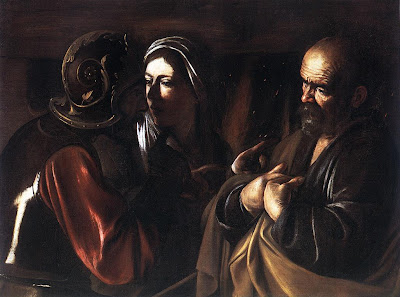 Antony Flew's There is A God has an appendix on "The Self Revelation of God in Human History." The appendix is a dialogue of sorts with N.T. Wright. Flew sets things up by acknowledging the uniqueness of the claim that God was incarnate in Christ, and that the claim concerning the resurrection "is more impressive than any by the religious competition." Flew even says that "If you're wanting Omnipotence to set up a religion, this is the one to beat."

Having set things up Flew hands over to Wright who puts forward the case for Christ. Wright begins with the historical Jesus, moves on to the claim that Jesus is God incarnate, and majors on the evidence for the resurrection. That last section is stirringly written and encompasses much of the material that Tim Keller made good use of in his chapter on the resurrection in The Reason for God.

The divine identity of Jesus, his embodying of Israel's God, is seen in the combination of OT themes that are found together in the claims, ministry and acts of Jesus (the Word, Wisdom, Glory, Law, and Spirit of God). To take the third in the list, Wright says that "Jesus behaves as if he is the Temple in person" and that "When you are with Jesus, it's as though you're in the Temple, gazing upon God's glory." And, we might add, according to John that is precisely what Isaiah was doing (John 12:40-41 and Isa. 6:1-5).

Having put forward these arguments we then come across what I can only describe as a literary fishbone. There is a sentence that sticks in the throat. It caused me acute theological discomfort.

How did Jesus feel about his divine identity? How did he internally come to terms with his calling to "embody" Israel's God? Wright explains:

I really do believe that Jesus believed that he was called to act on this assumption. And I think that was hugely scary for Jesus. I think he knew he might actually be wrong. After all, some people who believe that sort of thing might turn out to be like the man who believes he's a pot of tea.

Given that our access to Jesus' thoughts can only be found in his recorded words, what evidence is there in the gospels that "he knew he might actually be wrong"? What indications are there that Jesus ever had a crisis of faith about these things?
Posted by Martin Downes at 5:30 PM

Flew's traditional complaint, as an atheist and a deist, is with the Christian doctrine of Hell. He just can't accept it.

"For [WIlliam Lane] Craig believes that God assigns some of his creatures, perhaps most of them, to eternal torment in hell, and how is that gloomy idea supposed to fit with the idea that God is infinitely good and just?"

"what evidence is there in the gospels that "he knew he might actually be wrong"? What indications are there that Jesus ever had a crisis of faith about these things?"

- absolutely none of course, and plenty in the other direction.

These kinds of comments/speculations have the tendency to seriously undermine our understanding of Jesus as divine and acting as a divine person in the work of redemption.

Considering that he deliberately assumed human nature and deliberately came to the earth and was consciously about his Father's business from the start, and knew the Father as 'the Father who sent him', and robustly rebutted the temptation in the wilderness which specifically attacked his sense of identity and mission, and in his preaching pointed out how he fulfilled the OT prophecies, and and and - you know all this already, but you did ask :)