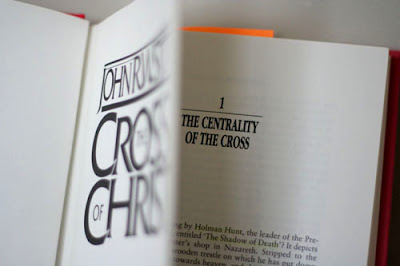 The fact is, the views men take of the atonement are largely determined by their fundamental feelings of need - by what men most long to be saved from

“They (the liberal preachers) speak with disgust of those who believe 'that the blood of our Lord, shed in substitutionary death, placates an alienated deity and makes possible welcome for the returning sinner'. Against the doctrine of the cross they use every weapon of caricature and vilification. Thus they pour out their scorn upon a thing so holy and so precious that in the presence of it the Christian heart melts in gratitude too deep for words. It never seems to occur to modern liberals that in deriding the Christian doctrine of the cross, they are trampling on human hearts.”

In his address 'Modern Theories of the Atonement,' given in 1902, B. B. Warfield observed the revolt against penal substitution that gained momentum in the late nineteenth century. He noted that this revolt prompted an immediate and equally powerful defence. However, 'this defense only stemmed the tide, it did not succeed in rolling it back.' He wrote:

The ultimate result has been that the revolt from the conceptions of satisfaction, propitiation, expiation, sacrifice, reinforced continually by tendencies adverse to evangelical doctrine peculiar to our times, has grown steadily more and more widespread, and in some quarters more and more extreme, until it has issued in an immense confusion on this central doctrine of the gospel. (p. 286)

Whenever there is a revolt against the particular theological conception of a doctrine, in this case of the cross as a penal substitutionary atonement, one can usually find a concomitant tone of rhetoric that casts that doctrine in as unfavourable a light as possible. And of course one ought to expect to find the promotion of an alternative doctrinal framework also.

Warfield made the following judicious statement on the status of penal substitution at the dawn of the twentieth century that is remarkably apropros for today's evangelical scene:

Probably the majority of those who hold the public ear, whether as academical or as popular religious guides, have definitely broken with it, and are commending to their audiences something other and, as they no doubt believe, something very much better. A tone of speech has even grown up regarding it which is not only scornful but positively abusive. There are no epithets too harsh to be applied to it, no invectives too intense to be poured out on it. (p. 287)

As insulting, inappropriate, and offensive as a phrase such as 'cosmic child abuse' may be, the impulse to verbally deprecate penal substitution is, at least, not a contemporary phenomenon. Nor for that matter are 21st century alternatives to penal substitution anything other than older forms of atonement theology repackaged for a contemporary audience. Again we find that little has changed since Warfield's assessment of 'modern theories of the atonement':

The reason for this is surely obvious. The is a direct relationship between our grasp of human need and our understanding of the work that Christ undertook to meet that need. If we conceive of our deepest need as one of being in state of error, or ignorance, a state exacerbated by our wayward living, then we will see Christ largely, if not exclusively, as a teacher and example. Warfield neatly summarizes this tendency as follows:

The fact is, the views men take of the atonement are largely determined by their fundamental feelings of need - by what men most long to be saved from. (p. 283)

This straightforward insight tells us something very significant about the present status and future of penal substitution. Even though, in the last fifty years, we have had many able defenders of penal substitution (from Leon Morris, Roger Nicole, Jim Packer, John Stott, down to the recent volume Pierced For Our Transgressions) we are warranted in repeating Warfield's conclusion for our own day, 'this defense only stemmed the tide, it did not succeed in rolling it back.' The doctrine of penal substitution has not been lacking the most able of academic and popular defenders, but this defense has yet to win the day.

The preservation and future success of penal substitution is a supernatural work. Only God can uncover the appalling need we stand in for a Saviour to give his life in place of ours; only God can so convict of sin and guilt that we will flee to Christ for refuge; only God can give faith to turn from ourselves and to look to Christ crucified in our place according to the testimony of the Scriptures.

The outcome of the 21st century revolt against penal substitution will not bypass the need for solid exegetical and theological books on the subject, but it will require more than this. It will require the kind of experiential grasp of sin and salvation, produced by the work of the Holy Spirit in our hearts through the Word, that Warfield described so powerfully:

If we have not much sin to be saved from, why, certainly, a very little atonement will suffice for our needs. It is, after all, only the sinner who requires a Saviour. But if we are sinners, and in proportion as we know ourselves to be sinners, we will cry out for that Saviour who only after he was perfected by suffering could become the Author of eternal salvation. (p. 297)

[All quotations are from 'Modern Theories of the Atonement,' in The Works of Benjamin B. Warfield, Volume IX, Studies in Theology.]

Posted by Martin Downes at 5:52 AM

If no one else has told you, THANK YOU for contending for the truth.