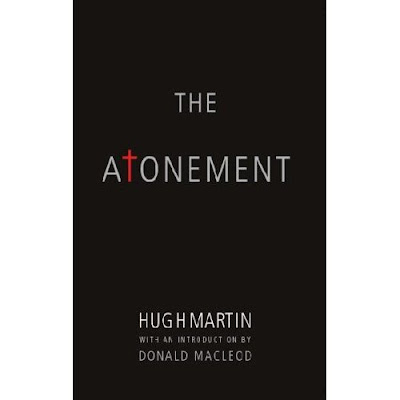 THE ATONEMENT is the work of an exceptional mind characterized by deep thought and a striking originality set within the compass of a biblical orthodoxy.... I enthusiastically commend Martin s works not only for their immediate value, but because they have the capacity to challenge readers to think much of Christ as they read the Scriptures....

Martin on the Atonement as this work has often been simply known, is therefore a work to read, mark, learn, and inwardly digest. It will re-focus you on Christ; it will make you think long and hard, because it is probably different from any book on the work of Christ you have ever read.

“Martin's doctrine of the atonement is built on two foundations: Covenant and Priesthood. He was, by deep conviction, a Federal theologian, but never was the convenant concept handled with such a lightness of touch or applied so effectively to modern challenges.

He does not endorse the idea of a Covenant of Redemption distinct from the Covenant of Grace, but it is clearly upon an external agreement between the Father and the Son that everything hinges. Christ came into the world by arrangement; and that arrangement laid down the work He was to do, the outcome He was to accomplish and the constituency who were to benefit. The keynote of the covenant, according to Martin, is that very principle that lay at the heart of the theology of Calvin: union with Christ."

Posted by Martin Downes at 1:31 PM

Email ThisBlogThis!Share to TwitterShare to FacebookShare to Pinterest
Labels: Books, The work of Christ