The Son, high upon his Father's throne 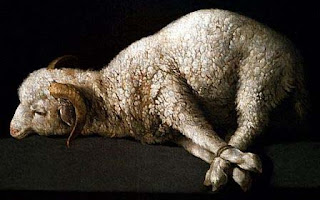 I once sat on a chair whose previous occupant was the Queen.  I would never have dared to share that seat at the same time as Her Majesty Queen Elizabeth II.  How much more so would it be the highest blasphemy if Jesus Christ, seated at God's right hand and ruling over the universe, were no more than a creature?

In Matthew 22 this text lies at the very heart of understanding the person of Christ. In Matthew 22:15-40 Jesus has faced a number of curved balls, a series of questions prompted not by a sincere desire to know the truth but with the desire to “entangle him in his words” (22:15).

“What do you think about the Christ? Whose son is he?” They said to him, “The son of David.” He said to them, “How is it then that David, in the Spirit, calls him Lord, saying “'The Lord said to my Lord, sit at my right hand, until I put your enemies under your feet'? If then David calls him Lord, how is he his son?” And no one was able to answer him a word.

This text is key to understanding the divine identity of Christ. There are clearly two persons referred to as Lord. David's “Lord” has been exalted to God's right hand, he occupies the place of supreme authority, seated with God on God's throne. Christ is no second Lord of lower rank but shares in his Father's sovereign rule over heaven and earth.

It should not be lost on us that the category for thinking of Christ in this way was not invented by the New Testament writers. They inherited this category for understanding the supreme Lordship and divine identity of Jesus, without modification, from Jesus himself. And in Matthew 22 Jesus makes it clear that David himself held as high a view of the Christ as it was possible to hold. Jesus is Lord. It is worth pondering that David's confession, just like ours, was as a result of the work of the Holy Spirit (1 Cor. 12:3).
Posted by Martin Downes at 8:51 AM