Get with the programme 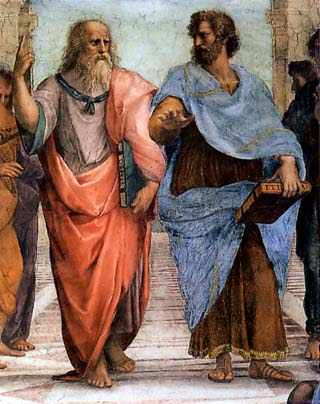 Co-opting and approving the congenial bits of the Christian faith, and jettisoning the rest, in the name of a political programme or philosophical world-view is not only a contemporary issue but has roots that run deep into ancient history.

That said, the 21st Century politics of left and right rely on the isolation of key words (fairness, equality, justice) used with minimal reference to the specific content given to them by particular political ideologies, and with almost zero explicit connection being made between those words and the intellectual positions that underpin them.  That's hardly surprising given the intellectual muddleheadedness of trying to get ethics out of fundamentally atheist assumptions.

Politicians pick and approve the bits of Christianity that seem to fit with their programme and world view.  Our answer to that should be the same as that penned by Origen in his response to Celsus (written in Caesarea in 248 AD, two years before his martyrdom after prolonged torture).  Celsus had argued that:


...the Greeks are more skilful than any others in judging, establishing, and reducing to practice the discoveries of barbarous nations.

And therefore Christianity is to be judged by the Greeks owing to its Judaic origin.  To which Origen replied:


Now this is our answer to his allegations, and our defence of the truths contained in Christianity, that if any one were to come from the study of Grecian opinions and usages to the Gospel, he would not only decide that its doctrines were true, but would by practice establish their truth, and supply whatever seemed wanting, from a Grecian point of view, to their demonstration, and thus confirm the truth of Christianity.

We have to say, moreover, that the Gospel has a demonstration of its own, more divine than any established by Grecian dialectics.  And this diviner method is called by the apostle the “manifestation of the Spirit and of power:”

The Gospel will not get with anyone's programme.
Posted by Martin Downes at 12:25 PM