Unmasking False Teachers: The reversal of the Scooby Doo ending 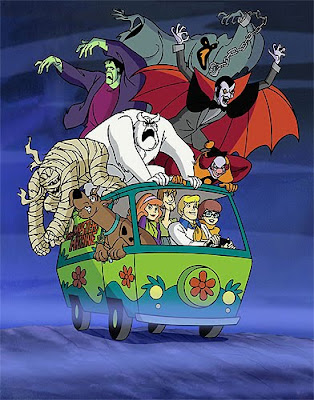 There is a simple format to the end of the show in Scooby Doo. The ghost or monster finally gets unmasked and you discover that it was the janitor or the mayor all along. And of course he would have got away with it if it wasn't for those pesky kids.

The story of false teachers is very opposite of that. They appear, not in their true identity, but wearing the mask of orthodoxy.

It is the very opposite of what you expect to be the case. They appear to be like the mayor in Scooby Doo. It is only when they are unmasked at the end that you realise that it was a wolf all along. Isn't that what Jesus warned about?

Beware of false prophets, who come to you in sheep’s clothing but inwardly are ravenous wolves. You will recognize them by their fruits. (Matthew 7:15-16a)

Think about it.
Posted by Martin Downes at 6:25 PM