A Few Good Men? Reforming the cult of the celebrity preacher (1) 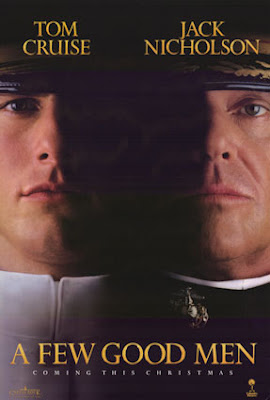 If ever there was an area where individually and collectively evangelicalism stands in need of reforming it is in the area of the cult of the celebrity preacher.

Some years ago I had to write an essay comparing the ministries of Martyn Lloyd-Jones and John Stott. The answer required an evaluation of which one ought to have the most lasting legacy.

That is as provocative a question as one could wish for. How do you answer it without transgressing the apostolic warning in 1 Corinthians 4:5?

Therefore do not pronounce judgment before the time, before the Lord comes, who will bring to light the things now hidden in darkness and will disclose the purposes of the heart. Then each one will receive his commendation from God.

If there is one thing that has been a constant refrain in my experience of evangelicalism, even in its more Calvinistic expressions, it is the inappropriate assessment of leaders.

On the one hand this shows itself in a misplaced adulation of successful, gifted, prominent preachers.

It also manifests itself in a disdain, or suspicion, toward leaders outside of a particular circle.

The ones we love are shielded from criticism and treated with great favour.

The ones we are less well disposed toward are subject to the kind of criticism that makes you wonder whether the final judgement has already been ushered in.

At times there is very little to distinguish evangelical thinking and behaviour toward famous preachers from the kind of hero worship found in sports fans or in political parties. And with an Isaianic admission, in this regard, I am a man of unclean lips.

Whether it is by an excess of praise, or a spirit of judgement unbecoming to mere mortals lacking in omniscience, both approaches reveal a fundamental fault in our spiritual perception of leaders.

They are, after all, opposing responses really being played out from the same vantage point. Both assume that from where we are standing, from what we already know, we may act as arbiters attributing praise or blame. We find it so easy to stray beyond our creaturely capacities.

All of which shows that there are three great doctrines that we have failed to come to terms with rigorously enough.

The evidence for that will not necessarily show up in our beliefs, for there they remain firm and intact, but in bending our thoughts under their sway in the life of the church.

The doctrines in question concern the ascription of all glory to God, of all saving power to God, and of the final judgement of sinners and saints being exclusively in the hands of God.

Ask yourself if you are really willing to exercise godliness in this area.
Posted by Martin Downes at 5:10 PM

I think that the psychological critiques are quite instructive here.

The death of the father, and the adoption of heroes in its place, is Christianized and translated.

Perhaps we need heroes because dads let us down. And worship of a distant preacher, for some distorted and over emphasised virtue is much easier than worship of the Triune God, who requires effort and doesn't give us immediate happiness.