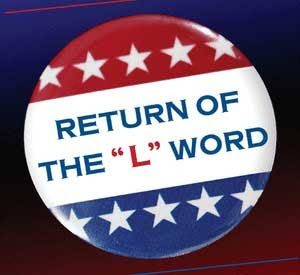 Here are some lightly edited extracts from J. I. Packer's Latimer Studies booklet "A Kind of Noah's Ark? The Anglican Commitment to Comprehensiveness."

Although this booklet reflects on the theological situation in the Church of England, and that at a particular time, some of the following observations hold good for more contemporary movements. For although there have been several historic forms of liberal theology there is also a liberal mood or mindset:


First, the basis of all forms of this position is the hypothesis that no universally right way of thinking about God is given in Christianity.

Unable to accept what might be called a Chalcedonian view of Scripture (i.e. that it is fully human as well as fully divine, and fully divine as well as fully human), they have doubted both the reality of the Chalcedonian Christ to whom the New Testament witnesses and the propriety of reading Scripture as more than a rag-bag of traditions, intuitions, fancies and mythology whereby good men celebrated and shared their sense of being in touch with God - a contact occasioned for New Testament writers by a uniquely godly man named Jesus.

That prophets and apostles no less than creeds and churches can all be wrong on questions of reality and truth, is plank one in the liberal platform. Scripture and the Christian literary heritage are certainly stimulating, inspiring and effective in communicating God, but that does not make them true.

So the constant endeavour of the liberal fraternity from the start has been to go behind and beyond biblical witness to reformulate the faith in terms which to them, as modern men, seem truer, clearer and less inadequate (whether evolutionist, idealist, panentheist, deist, existentialist, Marxist; sociological, psychological, syncretistic; or whatever).

Certainly, for today’s liberals there are no fixed fundamentals; everything, not excluding the doctrine of God - indeed, some say, that first - is regarded as in principle open to review and change.

...liberals have no united platform or policy, for they hold in common only...negations...plus the sifting, reshaping methodology which these negations entail. They agree only in what they are against; beyond this it is every man for himself.

Sykes notes that ‘a “liberal” theological proposal is always in the form of a challenge to an established authority, and thus necessarily implies a dispute about the appropriate norms or criteria for any theology whatsoever.’ He notes too that ‘it is impossible to be merely a “liberal” in theology one’s theology … will be liberal in as much as it is a modification of an already existing type’ - liberal catholic, liberal evangelical, or even liberal latitudinarian.

And he rightly stresses that any church in which liberals do their thing, querying the traditional and jettisoning the conventional, will have to endure real divergences of belief as some negate what others affirm and affirm what others cannot but negate.

[A]ll forms of liberalism are unstable. Being developed in each case by taking some secular fashion of thought as the fixed point (evolutionary optimism, historical scepticism, Marxist sociology, or whatever), and remodelling the Christian tradition to fit it, they are all doomed to die as soon as the fashion changes, according to Dean Inge’ s true saying that he who marries the spirit of the age today will be a widower tomorrow.

It is not always realised that the history of the past century and a half is littered with the wreckage of dead liberalisms. Though liberalism as an attitude of mind (going back at least to the Renaissance, if not indeed to the temptation of Eve) has persisted, and persists still, particular liberalisms have so far been relatively short-lived, and can be expected to continue so. Some liberals cheerfully acknowledge this and never treat their current opinions as more than provisional, anticipating that they may think differently next week.

Posted by Martin Downes at 9:46 AM

Email ThisBlogThis!Share to TwitterShare to FacebookShare to Pinterest
Labels: Invasion of the body snatchers, Nothing new under the sun

Terrific as far as it goes. But he does not deal with the central problem of identifying theological deviants in our own midst (and among our ecumenical partners) that claim their beliefs are within the core of Anglican and/or Christian tradition.

The disuse of a single confessional standard is both a symptom and a cause of theological liberalism. A Confessional standard (not multiple conflicting standards) give people an opportunity to identify themselves and each other correctly, and without partiality.

Yes, you are absolutely right. Once you let liberals in they have no intention of leaving.

Much easier too to deal with error on paper, and not in the costly business of practicing the truth.

That's a big mega ditto from my quarters.

Nor has JIP advocated, asserted, pressed and defended, in his midst, confessional upgrades to exclude Arminians and that wretched breed of Tractarians.

After ECT, downhill and "downgrade."