Controversy, what is it good for? Absolutely nothing? 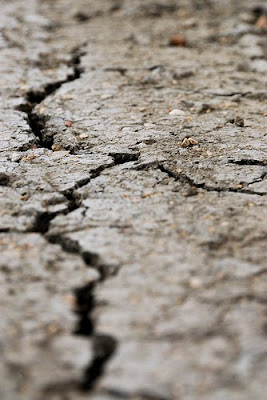 What happens when controversy rears its head and cracks in our unity appear?

Theological controversies invariably reveal that there are significant differences that people hold to on matters of doctrine, whilst the quarrelling parties both claim to stand for the orthodox position as understood both biblically and historically.

The long term wrangling over what constitutes essential evangelical doctrines is a case in point. Can you be evangelical and deny inerrancy, or justification by faith alone, or penal substitutionary atonement, or God's exhaustive foreknowledge, or the necessity of faith in Jesus Christ for salvation, or eternal conscious torment in hell?

When an individual, or a party, wants to use the term evangelical but includes in that term views that are fundamentally opposed to beliefs directly essential to, or necessarily undergirding, an evangelical position then controversy is inevitable.

For controversy not to result would be the effect of an unstated but controlling theological principle that renders all doctrines essential to an evangelical position negotiable and effectively non-essential. That unstated position would itself show that a compromise on essential truths had already been made.

Even though controversy is inevitable is it desirable? The answer must be yes. For without controversy whatever unity that exists is as solid as the mist on an Autumn morning. It is merely a numbers and influence game, a fantasy and not a reality.

How can you stand for a unity that doesn't solidly exist upon matters of belief? Not only does the emporer have no clothes, but the empire is invisible too.

What is the point in having an agreed statement of essential beliefs that no one really adheres to because no one is willing to enforce it? If we have any concern for the truth we would surely want it to be made clear rather than being obscured by fog of meaningless ambiguous phrases.

Controversy, however, as most of us fear, can quickly become an ugly business. We can rapidly move the emphasis from what is right, to ourselves being right, or being seen to be right. Patient listening, charitable interpretation, and a desire for unity can be soon lost.

We are on a knife edge as we deal with these matters. Truth must not be traded, sounds words must not be emptied of their meaning, and compromise must not be the master of integrity. Desperate prayers for wisdom are to be top of the agenda, and we must think our way through these matters seeking understanding, light and clarity.

Perhaps this fear is what lies at the root of an unwillingness to engage in controversy even when there is an irreconcilable disagreement on matters of truth and error. We see the fraying tempers, the soured relationships, the carrying of tales and exaggerations, and we rightly feel that we want no part of that.

At this point we must distinguish between matters of orthopraxy in relation to the truth (the Pauline imperative to "hold fast" and "follow the pattern of sound words") and in matters of godly integrity (just read everything that Paul says to Timothy and Titus about how to be godly in the thick of a theological fight). We must distinguish between these two areas, and we must practice the truth in both of them without compromise.

Obedience in holding to the truth, and obedience in the practice of the truth, go hand in hand. But when error reaches a crescendo in the form of a false gospel then I must not think that bad attitudes among those who hold to the truth can be equated with the danger posed by heresy (Gal. 1:8-10).

That should not make me go easy on sins of bearing false witness, or pride (2 Tim. 2:24-26). The King is not honoured when I behave like this. But I would rather eat wholesome food served by a grumpy waitress than a meal laced with poison served by a seemingly sweet natured chef.

One of the benefits of controversy is the progress made from confusion to clarity. Luther made the following observations on the matter:

If heresies and offenses come, Christendom will only profit thereby, for they make Christians to read diligently the Holy Writ and ponder the same with industry...Thus through heretics and offenses we are kept alert and stouthearted and amid wrangles and battles understand God's word better than before.

The uses of theological controversy are, to expose error, and to produce and diffuse clear and correct opinions upon all points of doctrine.

It is the church's imperative duty to aim at these objects, and controversy seems to be as indispensable with a view to the second as to the first of them. But it is an evil and an abuse, when the exposure of error is made to serve as a substitute for the realization and application of what is admitted to be true.

Thanks for another great article!

I like your quote of William Cunningham's words as "a fitting summary":

"The uses of theological controversy are, to expose error, and to produce and diffuse clear and correct opinions upon all points of doctrine."

An example is the theological controversy stirred up by Arminius and his followers.

In TULIP - The Five Points of Calvinism in the Light of Scripture by Duane Edward Smith, 2nd Edition, Baker Books, 2003, pages 13-14, it is stated:
"... in 1618, a National Synod of the Church was convened in Dort to examine the teachings of Arminius in the light of Scripture. After 154 earnest sessions, which lasted seven months the Five Points of Arminianism were found contrary to Scripture and declared heretical (heresy)."

Would we have such a clear statement of the doctrine of salvation (Five Points of Calvinism a/k/a "TULIP") as is in the Canons of Dordt if Arminius and his followers did not create such a controversy? Thanks again.

Adrian Warnock has some interesting commentary on controversy and its benefits in his forthcoming book on resurrection....

Have you had a look at it?

Now, clone a few of yourself and "rent them to a few Calvinistic Anglicans." We need these kind of principled men.