The day I deliberately taught heresy 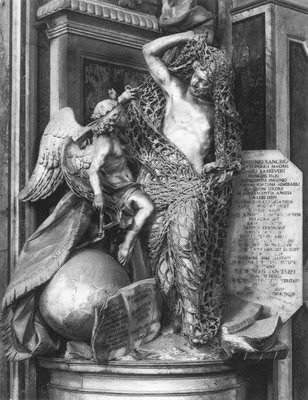 Back in the summer term of 2001 I was working with University and College Christian Unions across Wales. At that time we lived in Swansea, and as well as leading the team of workers in Wales, I got to spend some time with the Christian Union at Swansea University. I have very fond memories of that time, and some of the students from those years are among the finest young Christians that I know. I can't think of them without giving thanks for them.

One of my weekly privileges was to lead the Bible study for the hall/small group leaders (who in turn would teach others also). We had spent some time studying Amos and decided to study 1 John for the summer term.

It was either during the first or second session of the new term that I decided, in the car on the way down to the beach, to teach them some heresy. Not to teach them about heresy, but to deliberately teach them serious error as if it were solid truth. I thought it best to do it with subtlety. I didn't want to be too obvious about it. I also decided that the best point of entry would be to probe some areas of Christian experience where my dodgy ideas would get a sympathetic hearing. I decided to play on the sense of being defeated by sin and temptation and began to explain how John taught a higher spiritual dimension of Christian experience.

I talked. Pens were poised. Notes were taken. Some eager faces looked back at me. But, not actually being a heretic, I decided that I needed to thin out the plausibility of my teaching and to ham up the whole thing. In the end a discerning voice began to ask questions about my doctrinal lies and I confessed to being a deceiver. Trouble was, until I got to that point, at least one student suspended his questions about what I was saying because, well, I was saying it. And if I was saying it he didn't think it could be wrong, even though it didn't sound quite right.

I have thought over that incident several times.

1. Error often comes from a place where you least expect it to

It catches us unawares. It comes from people that we have grown to trust and in whose judgement we acquiesce. Our guard is down because we don't think we will need to discern what they are saying. Now, I am certainly not advocating an overly scrupulous, suspicious, cynical approach to listening to preachers. But nothing seems more obvious than the entry of intruders where no guard has been posted. And of course we rationalise it based not on what they say (where discernment should focus) but on who they are, and how we feel about them.

That is what makes it so subtle. Not only may it come from an otherwise faithful source, but it may make up, at first, but a small part of an otherwise orthodox whole.

This is a further reason why it seems so plausible to us. But a few tiny drops of arsenic should not be swallowed even if found in a large, tasty looking cake. This too is a test of our discernment. What ought to concern us is not the perfectly acceptable ingredients that make up the rest of the food on offer, but the precise nature of the unwelcome additives. It is not their size that matters but their nature. I've eaten a cake with some added garlic and chilli seeds, but I would hardly have eaten one with pieces of broken glass of the same size in it.
Posted by Martin Downes at 8:51 PM

This is a perfect illustration of what I have been trying to tell people. It only takes one drop of poison to kill or one well-respected person to lead you to a lost eternity.

What a great idea! I think I'll try this with my students.

A moment I remember well! I still have sand in my Bible from that study.

Bravo! Thanks for sharing this. It is an excellent idea.

"They will secretly introduce destructive heresies."
Something you should know about Downes regarding this edict of God.
"And from each man too I will
demand an accounting for the life of
your fellow man."
Relative to the fact that the man God mentions has had his life taken by bloodshed. Downes claims he is not in the category of "each man too".
Tell you what why don't you folks get Downes to accurately explain this verse to you.
"It is not those who hear the law
who are righteous in God's sight,
but it those who obey the law who
will be declared righteous."
Which law?