What kind of "Discernment Ministry" do we need? 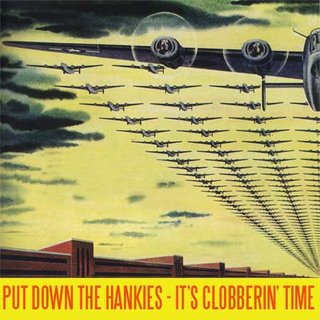 1. All Christians need to be discerning about what they hear. The buck doesn't stop with the leaders of the church. The congregation is accountable for what they hear. The corporate nature of the NT letters that deal with false teaching bear witness to this fact.

2. A biblical ministry of teaching and shepherding is both positive and negative. The work of the leaders of the local church is to feed (the positive) and guard (the negative) the flock of God entrusted to their care (Acts 20). There are external and internal dangers to congregations from false teachers and their teaching. The ministry of the Word involves "War and Peace". But it is the Word of his grace that is the ultimate safeguard for the church since it is able to build up and give an inheritance.

That the local church is the primary context where discernment must be exercised is the heart of the position that I want to unfold. Discernment, and dealing with error, is to be an aspect of the work of leaders in the local church, and the congregational life of the church. Depending on the situation faced locally, or denominationally, dealing with error may be a time consuming part of the ministry. This is as the need arises.

What is there beyond this?

It is a certainly a great help to churches when books and articles are produced dealing with particular errors. These resources save time and provide needed expertise. They keep church leaders informed and equipped and are a valuable help to the Church. Without them we would be left dealing with errors from scratch. The same argument can be made for apologetics.

But can we justify the existence of ministries whose sole purpose is negative? Or whose discernible purpose and daily work is predominantly negative?

On the surface the case for such ministries seems obvious. Testimonies could be cited where Christians are grateful for error being pointed out to them. Perhaps these are errors of which they would otherwise be unaware of. Nonetheless a ministry whose sole purpose is negative and polemical is out of step with New Testament priorities for the Church. The elder/overseer "must hold firmly to the trustworthy message as it has been taught, so that he can encourage others by sound doctrine and refute those who oppose it" (Titus 1:9).

When dealing with the Corinthians Paul stresses that his ministry does involve pulling down strongholds (2 Cor. 10:4-6). He was waging war against pretentious arguments that not only were setting themselves up against the knowledge of God but were also to be found in the minds of the Corinthian church members. Paul is laying siege here not to the philosophic position of unbelievers (in debate with them) but the incomplete obedience of the church to the Lordship of Christ (wordly thinking in the church). Paul has a "building up" ministry that at times also requires pulling down (10:8). At the close of the letter he repeats this concern, "This is why I write these things when I am absent, that when I come I may not have to be harsh in my use of authority—the authority the Lord gave me for building you up, not for tearing you down" (2 Cor. 13:10).

Paul's method in dealing with the Colossians is also instructive. His major focus in combating the incipient mood of error is to magnify the glory of Christ and his sufficiency. Compared to Christ, and compared to the riches that believers have in him, the false teaching on offer looks cheap and shallow. Christ's glory makes the false teaching look utterly deficient. Paul's polemic in this letter does not leave us with the negative but champions the positive by outlining the riches of the knowledge that is in Jesus Christ.

We do need discerning congregations and discerning ministers. We need to see such efforts worked out in the context of a properly ordered church life so that they do not themselves become distorted in emphasis and use of resources. And we need to learn from the apostles how to conduct a ministry of building up and tearing down.
Posted by Martin Downes at 9:27 AM