He has been a liar from the beginning 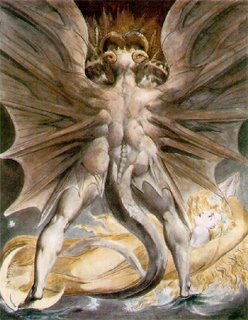 And heresies are his lies against the truth. Here is another example of the older perception of dangerous theological error being attributable to the work of the devil. How did Cyprian know this? Because he read his Bible.


"It is not persecution alone that we ought to fear, nor those forces that in open warfare range abroad to overthrow and defeat the servants of God. It is easy enough to be on one's guard when the danger is obvious...

There is more need to fear and beware of the Enemy when he creeps up secretly, when he beguiles us by a show of peace and steals forward by those hidden approaches which have earned him the name of the 'Serpent'...He invented heresies and schisms so as to undermine the faith, to corrupt the truth, to sunder our unity.

Those whom he failed to keep in the blindness of their old ways he beguiles, and leads them up a new road of illusion".

Cyprian of Carthage
Posted by Martin Downes at 9:49 PM