Heresy is a Matter of Perspective 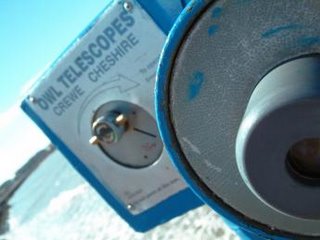 Consider Paul's approach to the super-apostles in 2 Corinthians 11. They worked for "Deceitful Workman Ministries" a division of "The Angel of Light" Church movement. Paul questioned their integrity and motives, regarding them as duplicitous and fundamentally unholy. He went much further than calling them liars, he even attributed their deception to the infernal CEO of their organisation.

These men were heterodox; their gospel was different, and their Jesus was a fake.

Would they have agreed with Paul's assessment? Hardly. The only thing that they could have agreed on is Paul's description of the different content of the two gospels. Of course they would never concede that their gospel was a false one, that they were twisting Scripture, or that they were secretly introducing destructive heresies.

1. We do not lack an objective standard for assessing which "gospel" is true and which one is false. This point is critical to everything that follows. We need to establish exegetically that there is clear blue water between us and out opponents on the things of first importance. Whilst this will involve their denial of the biblical gospel, it may also come from the elevation of a "secondary" issue to the top table.

2. We should not expect those who preach another gospel to like being called heretics, or to agree with our designation of their views as heretical. As long as point (1.) is in place we can afford to be deaf to the howls of protest and not let the complaints of being offended influence our response.

3. We should not worry about offending false teachers with our rhetoric. We are not obligated not to offend them. We are not to confuse niceness with love. We may even tell them how to use knives in creative ways (Galatians 5:12).

4. We should defend the majority (the church) against the influence of the minority (the false teachers). Tolerating the minority is a misplaced priority. I'm sure that wolves have feelings but they still need a bullet in the head.

Heresy is a matter of perspective, it really is in the eye of the beholder. But there is a right perspective and that makes all the difference.
Posted by Martin Downes at 10:10 AM