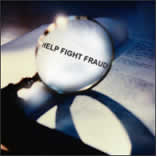 "One of the problems that surfaced in the fundamentalist-modernist controversy was the liberal's tendency to use old words with new meanings, without calling attention to the shift, which the humanist John Herman Randall said approached actual hypocrisy".