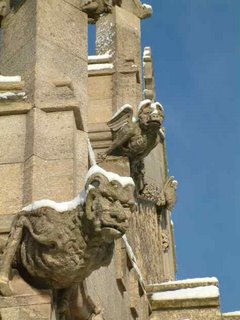 Heresies exist. They have features that can be described that distinguish them from true Gospel doctrines. Failure to categorise and classify them according to their true nature is foolish.

Here are two extracts from a review article by Tom Ascol of Founders Ministries. The first, by Mike Horton, is as good a definition of heresy as one will find. The second is an honest, logical, necessary, and, above all, biblical conclusion on the matter.

Heresy has been succinctly defined by Michael Horton as:

"any teaching that directly contradicts the clear and direct witness of the Scriptures on a point of salvific importance."

Ascol concludes with this appeal:

"When we talk about heresy, let's be honest. The refusal to acknowledge its existence and to renounce it in clear terms is a denial of the faith once delivered to the saints. Genuine confession of faith always consists of both an affirmation of saving truth and a denial of that which opposes saving truth. Thus in Galatians 1 Paul not only commends the gospel which he had preached and which his readers had received, but he also renounces any other gospel and pronounces anathema on anyone who would dare to preach another gospel. Even if we shudder to announce it, this apostolic curse remains in place."
Posted by Martin Downes at 9:33 AM