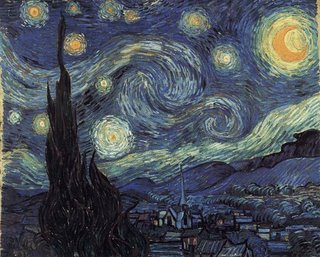 Heresies make the stars in the universe of God's glory go dark.

This vivid image from John Owen caught my imagination. Theology is not abstract. God's Word is not a series of cold propositions. When people speak disparagingly of propositional revelation then they have really missed the glory of God's revelation in his Word.


Metaphor is inescapable (just think about the metaphors that litter the sentences above).

Wrong theology is not just incorrect knowledge, it is also the darkening of glory and consequently the impoverishing of souls.

Owen's response to the darkening of the stars is to show by preaching and writing the galaxy of God's glory in his Word.

"For whereas they...hope to darken a single star, when they are gathered into a constellation they send out a glory and brightness which they cannot stand before. Being engaged myself once in a public dispute about the satisfaction of Christ, I took this course in a clear and evident coherence, producing very many testimonies to the confirmation of it; which together gave such an evidence to the truth, that one who stood by instantly affirmed that 'there was enough spoken to stop the mouth of the devil himself.' And this course in the business of the deity and satisfaction of Christ will certainly be triumphant. Let us, then, labour to have our senses abundantly exercised in the word, that we may be able to discern between good and evil; and that not by studying the places themselves [only] that are controverted, but by the diligent search into the whole mind and will of God as revealed in the word."

Great isn't it. It used to hand on my wall when I was an undergrad.