Penal substitution in the dock (2): Dismantling the charge of "cosmic child abuse" 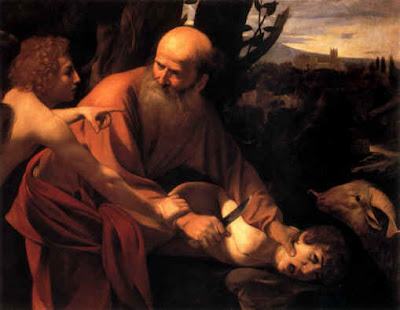 
But what, lastly, about the dark side of this criticism, its accusation that penal substitution, is, as Chalke says, tantamount to a form of child abuse?33 The claim is that any infliction of pain on a child by a parent is unjust, and that penal substitution mandates such infliction. There is an immediate problem here with the criticism, namely that the Lord Jesus Christ when he died was a child in the sense that he was a son, but not in the sense that he was a minor. As an adult, he had a mature will which could choose to co-operate or not with the will of his Father. So we are in fact looking at a father and an adult son who will together for the father to inflict suffering on the son, as we have seen in our Trinitarian exploration.

The central image of Christ on the cross as the savior of the world communicates the message that suffering is redemptive. […] The message is complicated further by the theology that says Christ suffered in obedience to his Father’s will. Divine child abuse is paraded as salvific and the child who suffers “without even raising a voice” is lauded as the hope of the world.34

Furthermore, it is evident that Brown and Parker attack not just the idea that Jesus was a passive sufferer, but even the idea that he was the active Subject of the cross, an idea Green endorses. If Jesus was active in accepting his suffering, then we have a model of the victim of suffering being responsible for it. Such a model will mandate blaming victims.35

For many feminists their criticism results in the rejection of Christianity because it undeniably involves the idea that God purposed the sufferings of Christ. Others try to rescue a re-invented theology, but I have to say I am with the rejectionists. If purposed redemptive suffering is an insurmountable problem, then Christianity must go. The child abuse problem in their minds remains with any model of the atonement which maintains divine sovereignty, even in a limited form. Unless we remove the suffering of the Son from the realm of events over which God rules, then God wills it.36

Hence there is a trajectory from unease with penal substitution to a denial of the rule of God over the cross, and thence, we may presume, the world. In the more frank writers, this trajectory emerges clearly. J. Denny Weaver, for example, in arguing for a non-violent view of the atonement which he terms ‘narrative Christus Victor’, sees that to succeed he must remove the cross from the plan and purpose of God. He explains that Jesus was not sent to die, that his death was not the will of God, that it was not needed or aimed at by God.37

Yet in terms of the metaphysics of the divine relation to creation, even this view is unsustainable. So long as God sustains the world in which the Son suffers, then in a strong sense he wills the suffering of the Son. If he does not stop history as the first blow is struck, then he wills that the Son suffer.

There is something which prevents him intervening to rescue his beloved Son, some purpose he intends to achieve through the suffering, and therefore a strong sense in which even such a diminished god as Weaver’s wills the suffering. If someone else had wrested from God his work in sustaining the world, if we lived and moved and had our being elsewhere, then perhaps we could say that God did not will the suffering of the Son. But my hope is that none of the participants in this debate think that.

Which means that any view where God maintains control, even at arm’s length, succumbs to the feminist criticism. Their target is not just penal substitution. We therefore need to ask about that criticism itself. Are they right? They are evidently not so with regard to penal substitution itself. According to penal substitution, the cross does not have the character simply of suffering, but of necessary penal suffering for a good end. It is in this sense ‘violent’, but not reducible to the category of ‘violence’. Can we conceive of scenarios in which an adult son and father rightly together will the suffering of the son? Indeed we can, we can imagine endless such scenarios, such as a father who directs teams of Médecins Sans Frontières, sending a son into an area where he knows the son may suffer greatly. He wills it, the son wills to go. There is no injustice here, because the purpose is good. The same applies in the case of penal substitution.

In fact the feminist criticism really only applies when we deny penal substitution, because it is then that we are in danger of denying the necessity of the suffering of the Son. According to penal substitution the necessity of punishment arises from God’s own nature and his divine government.38 He is bound only by who he is, by faithfulness to himself. On the other hand, if we opt for some kind of voluntarist account wherein the suffering of the Son is not a necessity arising from divine justice, then we are left with a very difficult question, with the feminists’ question at its most acute. If God can freely remit sins, we must ask, why did the Father send the Son purposing his death, as Acts 2:23 says? The more deeply we grasp the Trinity, the love of the Father for the Son, the more we will ask why a loving Father would lay the burden of suffering on his eternally beloved Son.

Penal substitution preserves a necessity, which alone explains why this needed to happen as part of God’s saving plan. Remove the necessity, deny penal substitution, and then you are left with the unjustifiable suffering of the Son. Then you feel the full force of the feminists criticism, because you have the Father willing the suffering of the Son for no necessary reason. For instance, Christus Victor by itself without penal substitution does not explain why Christ needed to suffer like this. Deny penal substitution and you ham-stringing Christus Victor. Hence it is that in Colossians 2:13-15 the victory over the rulers and authorities is accomplished by forensic means, by the cancellation of the legal bond (Colossians, 2:14).

35 Here is how they criticise Jurgen Moltman’s statement that Jesus suffered actively: ‘Jesus is responsible for his death on the cross, just as a woman who walks alone at night on a deserted street is to blame when she is raped’, ‘For God So Loved’, p. 18.

36 Here I agree with Hans Boersma in Violence, Hospitality, and the Cross (Grand Rapids, Michigan: Baker Academic, 2004), p. 41: ‘Only by radically limiting Christ’s redemptive role to his life (so that his life becomes an example to us) or by absolutely dissociating God from any role in the cross (turning the crucifixion into a solely human act) can we somehow avoid dealing with the difficulty of divine violence.’ Cf. p. 117.

37 The Nonviolent Atonement (Grand Rapids, Michigan: Eerdmans, 2001), p. 132: ‘In narrative Christus Victor, Jesus’ mission is certainly not about tricking the devil. Neither did the Father send him for the specific purpose of dying, nor was his mission about death […]. And since Jesus’ mission was to make the reign of God visible, his death was not the will of God as it would be if it is a debt payment owed to God. In narrative Christus Victor, the death of Jesus is clearly the responsibility of the forces of evil, and it is not needed by or aimed at God.’

38 Contra Joel Green: ‘Within a penal substitution model, God’s ability to love and relate to humans is circumscribed by something outside of God—that is, an abstract concept of justice instructs God as to how God must behave.’ (Recovering, p. 147).

Email ThisBlogThis!Share to TwitterShare to FacebookShare to Pinterest
Labels: Contemporary Church, Enemies of the Cross, Evangelicalism, Systematic Theology, The Defense Against the Dark Arts