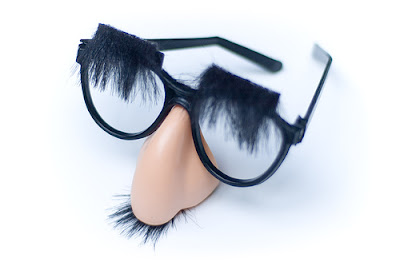 Heresy is attractive, deeply attractive. It is the truth we all want in the way we all want it. Heresy appears to allow us to have God, Jesus, and a gospel to tell that is really good news. Inevitably heresy comes loaded with gifts, benefits and selling points, and without costs, drawbacks, or small print. People who teach heresy don't present it as anything other than gospel truth.

There are two obvious points of application from this:

1. We should never be satisfied with the sound of well known words and phrases. We need to be satisfied that the meaning of those words are filled with biblical content and established historic (confessional) use. It is all well and good hearing that someone believes in the substitutionary nature of the atonement and justification by faith, but history is littered with examples of teachers who meant by those terms quite different ideas. Orthodox words are the passports of heretics that enable them to move freely, and without suspicion, among churches.

2. We should never be so naive as to think that false teachers wear disguises as authentic as a Groucho Marx "spectacles-nose-moustache" combo. False teaching never seeks to pass itself off as false teaching but as orthodox, sound, biblical, authentic, gospel truth. It is amazing that preachers can change their theology quite radically and yet in the same breath say that they have always believed the gospel. The less convincing the disguise the more likely it will be that a reaction will be caused, a controversy flare up, and maybe the progress of error will start to slow down.


Here are some of the key New Testament passages that deal with the deceptive appearance and words of false teachers.

Matthew 7:15-16 "Beware of false prophets, who come to you in sheep's clothing but inwardly are ravenous wolves. You will recognize them by their fruits."

Matthew 24:4-5 "See that no one leads you astray. For many will come in my name, saying, ‘I am the Christ,’ and they will lead many astray."

Romans 16:17-18 "I appeal to you, brothers, to watch out for those who cause divisions and create obstacles contrary to the doctrine that you have been taught; avoid them. For such persons do not serve our Lord Christ, but their own appetites, and by smooth talk and flattery they deceive the hearts of the naive."

2 Corinthians 11:3-4 "But I am afraid that as the serpent deceived Eve by his cunning, your thoughts will be led astray from a sincere and pure devotion to Christ. 4 For if someone comes and proclaims another Jesus than the one we proclaimed, or if you receive a different spirit from the one you received, or if you accept a different gospel from the one you accepted, you put up with it readily enough."

2 Corinthians 11:13-15 "For such men are false apostles, deceitful workmen, disguising themselves as apostles of Christ. And no wonder, for even Satan disguises himself as an angel of light. So it is no surprise if his servants, also, disguise themselves as servants of righteousness."

Galatians 1:6-7 "I am astonished that you are so quickly deserting him who called you in the grace of Christ and are turning to a different gospel—not that there is another one, but there are some who trouble you and want to distort the gospel of Christ."

Ephesians 4:14 "so that we may no longer be children, tossed to and fro by the waves and carried about by every wind of doctrine, by human cunning, by craftiness in deceitful schemes."

Colossians 2:4 "I say this in order that no one may delude you with plausible arguments."

Colossians 2:8 "See to it that no one takes you captive by philosophy and empty deceit, according to human tradition, according to the elemental spirits of the world, and not according to Christ."

2 Thessalonians 2:1-3 "Now concerning the coming of our Lord Jesus Christ and our being gathered together to him, we ask you, brothers, not to be quickly shaken in mind or alarmed, either by a spirit or a spoken word, or a letter seeming to be from us, to the effect that the day of the Lord has come. Let no one deceive you in any way."

2 Thessalonians 2:9-12 "The coming of the lawless one is by the activity of Satan with all power and false signs and wonders, and with all wicked deception for those who are perishing, because they refused to love the truth and so be saved. Therefore God sends them a strong delusion, so that they may believe what is false, 12 in order that all may be condemned who did not believe the truth but had pleasure in unrighteousness."

1 Timothy 4:1-2 "Now the Spirit expressly says that in later times some will depart from the faith by devoting themselves to deceitful spirits and teachings of demons, through the insincerity of liars whose consciences are seared."

1 Timothy 6:20-21 "O Timothy, guard the deposit entrusted to you. Avoid the irreverent babble and contradictions of what is falsely called “knowledge,” for by professing it some have swerved from the faith."

2 Timothy 3:5 "having the appearance of godliness, but denying its power."

2 Timothy 3:12-13 "Indeed, all who desire to live a godly life in Christ Jesus will be persecuted, while evil people and impostors will go on from bad to worse, deceiving and being deceived."

2 Peter 2:1-3 "But false prophets also arose among the people, just as there will be false teachers among you, who will secretly bring in destructive heresies, even denying the Master who bought them, bringing upon themselves swift destruction. And many will follow their sensuality, and because of them the way of truth will be blasphemed. And in their greed they will exploit you with false words."

2 Peter 2:13 "They are blots and blemishes, reveling in their deceptions, while they feast with you."

1 John 4:1 "Beloved, do not believe every spirit, but test the spirits to see whether they are from God, for many false prophets have gone out into the world"

2 John 7 "For many deceivers have gone out into the world, those who do not confess the coming of Jesus Christ in the flesh. Such a one is the deceiver and the antichrist."

Revelation 2:2 "I know your works, your toil and your patient endurance, and how you cannot bear with those who are evil, but have tested those who call themselves apostles and are not, and found them to be false."

Revelation 13:11 "Then I saw another beast rising out of the earth. It had two horns like a lamb and it spoke like a dragon."
Posted by Martin Downes at 8:30 AM