Helm on Wright: Why covenant faithfulness is not (and cannot be) divine righteousness 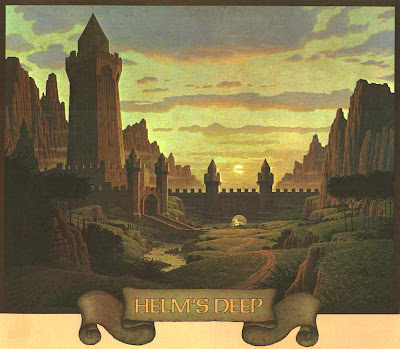 Paul Helm's latest post on N. T. Wright's recent book on justification can be found here. And if you missed it his first post is here. You could even open it in a new window and listen to my previous, Barber's adagio for strings, at the same time (or perhaps Wagner's "The Ride of the Valkyries").

Here are some extracts:

For various reasons it is at present hugely fashionable to think of theology in narrative form: in terms of covenant (Horton), speech-act theory and ‘theodrama’ (Vanhoozer), and of history (N.T. Wright), for example. More generally, it is vogish to think predominantly in the category of history, redemptive history, biblical history, ‘biblical theology’, and to downplay or abandon the categories of systematic theology. In Wright’s case this way of thinking is habitual because he is first and foremost a historian, and so first and foremost he thinks in terms of historical sequences, of sequences of action, human and divine, and of their significance. He is much less interested in the ‘creedal’ statements in Scripture. He has little feel for the doctrinal debates in the history of the Church, and he sticks as closely as he can to the very words of Scripture and to the use of any analogies and metaphors that throw light on these.

Sure enough, God’s attitude to sin, his grace, the provision of forgiveness, the vindication of men and women by Christ – is part of what it means for God to be righteous. But this does not exhaust God’s righteousness, it (merely!) expresses it. God is faithful to the covenant of grace and redemption from sin that he has righteously established. It is for this reason that Piper thinks that Wright’s insistence that God’s righteousness is his covenant faithfulness is a ‘belittling’ of it, as Wright puts it (74). Rather, it must be filled out, by understanding God’s righteousness as an essential feature of his character. If anyone ‘belittles’ it is Wright, who reduces the righteousness of God to a set of God’s actions. But God acts (and must act) consistently with his nature. So the fundamental question is, what character does the God who does all this have?

I would also encourage you to subscribe to Helm's Deep if you have not done so already.
Posted by Martin Downes at 7:54 AM

I think from time to time, we ought to just laugh at Wright's NPP. It's simply laughable.

Kudos to Professor Dr Paul Helm again for his excellent critique of Wright.