On this day in history: Samuel Davies 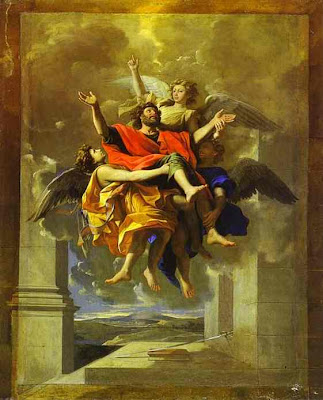 250 years ago today the great preacher Samuel Davies, author of the hymn "Great God of Wonders" and described by Martyn Lloyd-Jones as "the greatest preacher [America]...ever produced, left his congregation in Hanover to become the president of "The College of New Jersey" at Princeton. Less than two years later his earthly course would be over. Samuel Davies died of pneumonia in February 1761.

In his farewell sermon at Hanover, Virginia, Davies urged his listeners to consider the "now" and the "not yet":

Survey the sacred treasure of the divine promises laid up for you in the Bible, and stand lost in delightful wonder at your own riches. Behold the immense inheritance which the blood of Christ has purchased for you.

Quoted in Iain H. Murray, Revival and Revivalism: The Making and Marring of American Evangelicalism 1750-1858, p. 17
Posted by Martin Downes at 12:33 PM