Penal substitution in the dock (1): Why doesn't God turn the other cheek if he expects us to? 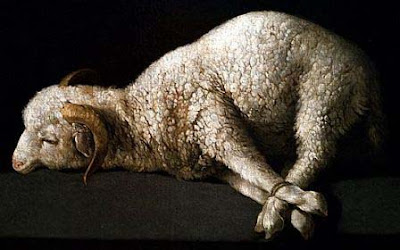 As a follow up to Guy Davies' interview with Garry Williams it is well worth reading Garry's paper, "Justice, Law and Guilt," given at the Evangelical Alliance Symposium on Penal Substitution (July 2005). The paper is a very fine defense of specific criticisms levelled against penal substitution. It repays careful reading.

I will be posting some extracts from the paper.


A key argument which is used against retributive punishment by theological opponents of penal substitution is that it is ruled out by Jesus’s own teaching on how we should relate to one another. A form of this argument was used as far back as Faustus Socinus in 1578.4

A more recent form is found in the work of Walter Wink. He cites the Babylonian Enuma Elish myth as an ancient instance of the view that violence is ‘the central dynamic of existence’ which ‘possesses ontological priority over good’.5 In this ancient ‘myth of redemptive violence’, the spiral of heavenly violence triggers the creation itself and then continues through history: ‘Heavenly events are mirrored by earthly events, and what happens above happens below.’6 As in heaven, so on earth.

Now the opponents of penal substitution want to endorse this principle: the way you describe God is the way you will behave. Steve Chalke tells us that this kind of mirroring is contradicted by penal substitution in an unthinkable fashion when it says that we should not mirror God: ‘If the cross has anything to do with penal substitution then Jesus’ teaching becomes a divine case of “do as I say, not as I do”. I, for one, believe that God practices what he preaches!’7 In short, Jesus says ‘turn the other cheek’, so how could God punish in a way that exacts satisfaction for sin? If God denies retribution to us, he must eschew it himself.

In reply to this Socinian argument there is a clear counter-case which suggests a quite different construal of the relation between divine and human justice. The Apostle Paul distinguishes sharply the different spheres of justice which operate within creation and between God and creation. At the end of Romans 12 he follows Jesus in teaching that we must not take revenge. Here, then, is his ideal opportunity to point out that we must not because God does not. But the striking thing is that Paul does the opposite. He explains that individuals must not take revenge precisely because God is going to do so: ‘Do not take revenge my friends, but leave room for God’s wrath, for it is written: “It is mine to avenge; I will repay,” says the Lord’ (12:19, quoting Deut. 32:35). From here Paul moves to argue in 13:1-7 that God has given a limited remit to the state to implement this final justice in the present time by the power of the sword.

Paul could therefore deny vengeance in the sphere of human personal conduct, and at the same time ascribe retribution to God, shared in limited part with the ruling authorities. Where Chalke would have us infer that God would never do what he tells us not to do, Paul argues exactly the opposite. God would have us not do what he does precisely because he does it. God says 'do as I say, not as I do,' and justly so, since he is God and we are not.

4 Faustus Socinus, De Iesu Christo Servatore, iii. 2, in Opera Omnia, Vols 1-2 of Bibliotheca Fratrum Polonorum Quos Unitarios Vocant, 8 Vols (Irenopoli: post 1656), 2:115-246: Paulus itidem, ut alibi vidimus, monet nos, ut imitators Dei sumus: et quemadmodum is per Christum peccata nobis condonavit, sic nos invicem condonemus. Quod si Deus ita per Christum nobis peccata condonavit, ut interim ab ipso Christo eorum poenas repetierit, quid vetat, quo minus eos, ex Pauli praescripto, Deum imitate, pro offensis proximi nostri non quidem ab ipso, se dab alio quopiam, ut modo dicebamus, nobis satisfieri curemus? = ‘As we saw elsewhere, Paul likewise instructs us to be imitators of God: just as he forgave our sins through Christ, so we should forgive each other. But if God so forgave our sins through Christ, that he yet demanded the punishments of them from Christ himself, what prevents us, on the basis of Paul’s command, as imitators of God, from seeking satisfaction for ourselves for the offences of our neighbour not from the man himself, but from anyone else, as we were just saying?’ (GW translation).

5 Engaging the Powers: Discernment and Resistance in a World of Domination (Minneapolis: Fortress Press, 1992), p. 14.