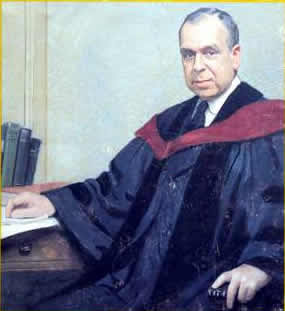 Here are some book recommendations, and details of online articles and audio files:

D. G. Hart has written a wonderful biography of Machen, one of my favourites.

It is also great to see a new edition of his classic work Christianity & Liberalism with a foreword by Carl R. Trueman (which you can read here). Of the book Carl has said "Christianity and Liberalism is a masterpiece and without doubt the single most important book ever written by a Westminster professor." Carl writes in the foreword:


If the labyrinthine prose and complicated thought of Karl Barth is seen by some as still being of use to the church in the here and now, I would respond by saying how much more is that the case with the clear thinking and concise (albeit somewhat antiquated) prose of Machen. Love him or hate him, he had a gift possessed by too few theologians: plain speaking combined with straightforward comprehensibility, and that of a kind which, with its passion, forces the reader, even the hostile reader, to reflect upon his or her own convictions.

The whole text of Christianity & Liberalism is available here.

Monergism have fifty-two items mainly by, but some on, Machen available for download here.

You can listen to Robert Godfrey's address on Machen here.

There is a reference to Machen's experience of liberal theology in Germany in my article Liberalism: A warning from history

High up on my list of great reads is David Calhoun's stellar two volume work on Princeton Seminary Vol. 1: Faith and Learning 1812-1868 and Vol. 2: The Majestic Testimony 1869-1929. The second volume is where you will find Machen.

If you think that reading about the history of a seminary is only to be done if every other book in the world has been burned think again. Calhoun's work does for Princeton what George Marsden did for Fuller Seminary. He tells a compelling story about individuals, institutions and the wider movements of which they are a part. All three of these units are caught up in the ebb and flow of ideas that shaped and reshaped the religious, philosophical, political and cultural landscape of the nineteenth and early twentieth centuries.


...a large part of the New Testament is polemic; the enunciation of evangelical truth was occasioned by the errors which had arisen in the churches...At the present time, when the opponents of the gospel are almost in control of our churches, the slightest avoidance of the defense of the gospel is just sheer unfaithfulness to the Lord. There have been previous great crises in the history of the Church, crises almost comparable to this. One appeared in the second century, when the very life of Christendom was threatened by the Gnostics. Another came in the Middle Ages when the gospel of God's grace seemed forgotten. In such times of crisis, God has always saved the Church. But he has always saved it not by theological pacifists, but by sturdy contenders for the truth.

They (the liberal preachers) speak with disgust of those who believe 'that the blood of our Lord, shed in substitutionary death, placates an alienated deity and makes possible welcome for the returning sinner'. Against the doctrine of the cross they use every weapon of caricature and vilification. Thus they pour out their scorn upon a thing so holy and so precious that in the presence of it the Christian heart melts in gratitude too deep for words. It never seems to occur to modern liberals that in deriding the Christian doctrine of the cross, they are trampling on human hearts.

According to Christian belief, Jesus is our Saviour, not by virtue of what he said, not even by virtue of what he was, but by what he did. He is our Saviour, not because he inspired us to live the same kind of life that he lived, but because he took upon himself the dreadful guilt of our sins and bore it instead of us on the cross. Such is the Christian conception of the Cross of Christ. It is ridiculed as being a "subtle theory of the atonement." In reality, it is the plain teaching of the word of God; we know absolutely nothing about an atonement that is not a vicarious atonement, for that is the only atonement of which the New Testament speaks. And this Bible doctrine is not intricate or subtle.


On the contrary, though it involves mysteries, it is itself so simple that a child can understand it. "We deserved eternal death, but the Lord Jesus, because he loved us, died instead of us on the cross"--surely there is nothing very intricate about that. It is not the Bible doctrine of the atonement which is difficult to understand--what are really incomprehensible are the elaborate modern efforts to get rid of the Bible doctrine in the interests of human pride.

Modern liberal preachers do indeed sometimes speak of the "atonement." But they speak of it just as seldom as they possibly can, and one can see plainly that their hearts are elsewhere than at the foot of the Cross. Indeed, at this point, as at many others, one has the feeling that traditional language is being strained to become the expression of totally alien ideas.

Oh dear. I missed it. I shall have to put in my diary for next year now!

Thanks for all the links, by the way.