The Usual Suspects: No. 3 The Temporarily Inconsistent 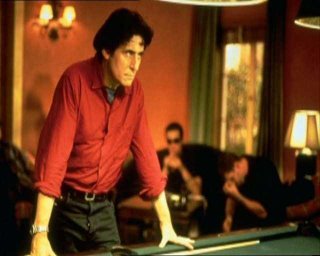 According to Bob Sheehan this is the third type of errorist found in the New Testament.

"Peter's terrible blunder at Antioch was a contradiction of everything that he had taught and practised hitherto. Because Peter's sin was public, and because he was a prominent Christian leader, it was necessary for Paul to practise his own teaching and to publicly rebuke a person of authority who sinned before the Church (1 Tim. 5:20).

This public confrontation was face to face (Gal. 2:11) and involved the charge of hypocrisy (Gal. 2:13). Paul emphasised Peter's own inconsistency with the gospel he preached (Gal. 2:14). He demonstrated that Peter was acting in a manner which revealed dual standards and which contradicted the fundamental doctrine of justification by faith alone (Gal. 2:14-16).

In the light of all this Paul confronted him with his error, revealed the serious implications of it and gained restoration to the truth and the maintenance of fellowship between Jews and Gentiles within the Christian church."

1. In this episode we see the outworking of the fear of the Lord as well as the fear of man. Paul's courage here would probably earn him frowns and criticism if he did the same thing today. One wonders whether he would receive more criticism for his actions than Peter would. Nonetheless for the sake of the Gospel and the Church he was observing good orthopraxy. Public confrontation is risky and costly, had Paul failed to apply it the cost would have been far, far greater than loss of face on Peter's part.

2. Paul's approach showed knowledge of the error and the person. He didn't conclude that Peter was unregenerate, or a false teacher. What would be the equivalent kind of gospel compromise today? Participation in inter-faith worship? Evangelicals leaders attending mass? Peter's behaviour had doctrinal compromise written all over it, and it was compromise on the things of first importance. Peter was inconsistent with his own gospel convictions and needed his behaviour to be corrected.

3. Error rarely remains a private matter. Peter's fall pulls down many with him. That is part of the tragedy of error. It is also why it cannot be left alone.

This incident shows that a great deal of humility was needed by Peter, and repentance. He was inconsistent, thankfully it was only temporary.
Posted by Martin Downes at 9:31 PM

Where did Bob say these things in the first place?