Theological Rhetoric as Master and Commander 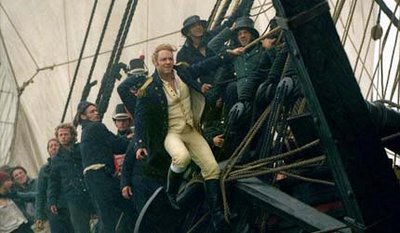 Bad arguments would not get as far as they sometimes do if we carefully distinguished between rhetoric and substance. It is amazing how much preachers can get away with in print and from the platform just by their rhetoric. For example:

"How we have come to believe that at the cross this God of love suddenly decides to vent his anger and wrath on his own Son?"

Two things to note from this statement.

1. It sounds as if we have ended up drifting thoughtlessly, and recently, into this belief ("how did it ever get to this?").

With a wave of the hand the fact that Christians have believed this truth throughout the history of the Church is passed over (not to mention the libraries of exegetical and theological works that have explained and defended it, the product of great theological minds).

2. Since when was this a sudden decision and act on the part "this God of love"?

And that puts penal substitution in a bad light. It is not just a question but a loaded question, and an unfair question, because it is distorted.

That said we should not be opposed to rhetoric (there are plenty of examples of it in Scripture), but we must not confuse it with worthy arguments. The Serpent after all was remarkably persuasive about the benefits of eating from the tree of the knowledge of good and evil.

We haven't done our work in assessing an opponent's argument until we have figured out if the rhetoric being used serves the argument, or if it is posturing as master and commander.
Posted by Martin Downes at 4:22 PM