On Controversy, Clarity and Church History 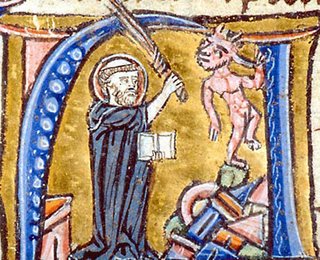 One of the benefits of doctrinal controversy is that it can lead to clearer statements on disputed points.

Those who advocate orthodox views are forced to meet objections and state their case with exegetical precision and fulness, and to synthesise these textual materials into a comprehensive doctrinal summary. Critics often do a great service in tightening up how the truth is expressed. Loose expressions and analogies are reined in by the challenges of those who stand in opposition. It seems strange to say it but theological opponents can be thanked if they send us back to the Bible to see if what we are teaching is really there.

Because that is the case we must look back at the previous history of how that doctrine was believed, taught and confessed with great care. We may expect to find the same kind of precision before that doctrine became controversial as we find in doctrinally summaries after the doctrine was settled. But is that really the right way to read history?

Here is Archibald Alexander giving expression to this issue when dealing with Augustine vs. Pelagius on original sin:

"Pelagius did, indeed, in his controversy with Augustine, allege that this father had invented the doctrine of original sin, which was unknown to the preceding ages; but in answer to this charge, Augustine appealed to many writers of the first ages to show that they entertained views as those which he advocated. These testimonies are not so explicit as could be collected from the writings of those who lived after the discussion of this subject took place. But this is always the case.

When any point of doctrine is undisputed and received by all, while it is everywhere tacitly admitted or incidentally referred to, it is never made the subject of accurate definition; nor is it expounded with that fulness and caution which become necessary after it has been called in question or opposed.

When Augustine was urged to bring forward proof from the fathers who preceded him, he answered the demand in the following sensible manner:

'What occasion is there that we should search the works of those, who, living before this heresy arose, had no necessity of handling this difficult question, which doubtless they would have done, if they had been obliged to answer such men as we have to deal with?'"
Posted by Martin Downes at 2:40 PM