Heresy: The Invasion of the Bodysnatchers 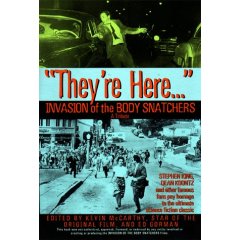 There is no doubt that many heresies can be explained as the dressing up of philosophy in Christian language. Biblical doctrine is abducted and philosophy lurks beneath the surface of Christian words. This is one of the reasons why heresies are so deceptive.

Here is Hippolytus of Rome on The Invasion of the Bodysnatchers:

“It remains, therefore, to hasten on to the refutation of the heresies; but it is for the purpose of furnishing this (refutation) that we have put forward the statements already made by us. For from philosophers the heresiarchs deriving starting-points, (and) like cobblers patching together, according to their own particular interpretation, the blunders of the ancients, have advanced them as novelties to those that are capable of being deceived.”

Hippolytus of Rome, Refutation of all Heresies, Book 5 Ch 1

“It now seems to us that the tenets of both all the Greeks and barbarians have been sufficiently explained by us, and that nothing has remained unrefuted either of the points about which philosophy has been busied, or of the allegations advanced by the heretics. And from these very explanations the condemnation of the heretics is obvious, for having either purloined their doctrines, or derived contributions to them from some of those tenets elaborately worked out by the Greeks, and for having advanced (these opinions) as if they originated from God”.