The Usual Suspects: No. 2 The Sincere Misinterpreter 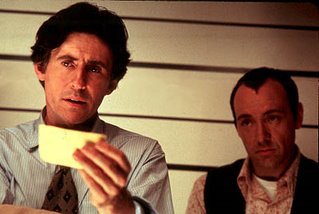 According to Bob Sheehan this is the second type of errorist found in the NT:

"With great sincerity people can turn the meaning of Scripture into something quite other than that which the author intended."

"The Corinthian church had evidently received a letter from Paul in which he had instructed them to be separate from the immoral, the materialistic and the idolatrous. They understood him to mean that they must work out of a monastic lifestyle by which they kept their distance from all such people in the world (1 Cor. 5:9)."

"For the Corinthians to interpret Paul in this way was not at all unreasonable. They were surrounded by religious Jews who sought to avoid contact with immoral and idolatrous people. Did not the pharisees bathe themselves if they even came into contact in the market with some Gentile?...It was not unreasonable to think that Paul was encouraging some sort of Christian asceticism."

"Even though it can be argued that the Corinthian interpretation was not unreasonable, it was wrong. Paul was requiring disassociation from the person who calls himself a brother, the professing Christian, who is immoral, materialistic or idolatrous."

"Because he had been misunderstood in something that he had written, Paul had to deal with the misrepresentation, to take away the misconception that had arisen in the Corinthian mind. Condemnation and rebuke might have satisfied some but it would not help the people in Corinth."

"Paul's method in dealing with the Corinthians is, of course, the only pastorally responsible method."

1. We are dealing here with the type of person who is fundamentally submissive to apostolic doctrine and authority but who has, at the same time, fundamentally misunderstood an aspect of that teaching. The error is one of wrong interpretation and application rather than a lack of knowledge.

2. There are unhelpful consequences that follow from this misinterpretation for Christian living. These need to be pointed out and corrected. But there is no indication here of a bad attitude that needs to be sorted out.

3. Although he doesn't mention it Sheehan has used a passage where, in the preceding verses, the church has been taken to task and rebuked for failing to deal with immoral behaviour. Paul's approach is measured according to the different kinds of error found in the same church.

4. Without recognising that this kind of error exists it is easy to harm well meaning believers who have sincerely misunderstood the truth. This calls for wisdom. How easy it would be to create further problems by assuming the worst about the motives and mindset involved. The point is not only to be right but to help others to have right understanding.

5. This also calls for humility on the part of those being corrected. Those who believe in the inerrancy of Scripture must recognise that one of the functions of those Scriptures is to provide correction.

Posted by Martin Downes at 1:54 PM