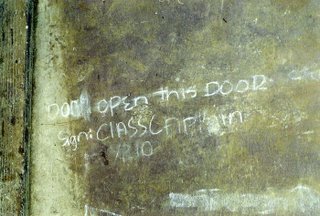 Even with a title like Against Heresies my aim with this blog has not been to scour the contemporary Christian world for heresies. Instead, my aim has been to post my notes, quotes, musings and articles on an issue of vital importance and yet, I think, strangely neglected. That is why the focus has been on the concept of heresy, with illustrations from the past rather than the present.

So this post is as rare as a hen's tooth. I have been an interested observer of the Emerging Church and Emergent Village (books, blogs, podcasts etc, etc.). I have written three short pieces on these things that are in print, but am not interested in posting them here.

But I was so impressed by Brett Kunkle's wise, thoughtful, and well researched paper that if you have not found it and read it elsewhere then let me commend it to you.

Kunkle makes the case that Emergent Village (based on the words of prominent leaders Doug Pagitt and Tony Jones) opens the door to unorthodoxy. He is not saying that they are at this moment in time unorthodox, nor that they are on their way down a slippery slope that will lead them inevitably to unorthodox theology. But the door to unorthodoxy is now open. Why? Because no dogma is sacred theology, everything can be questioned. And contrary to what I had been told Emergent Village is about changing theology.

Take the following from Tony Jones' blog, "Doug thinks that there ought to be no Dogma. There should be nothing that is not on the table for reconsideration."

This is the antithesis of the definition provided by Herman Bavinck in his observation of the use of the word, "dogma...denotes that which is definite, that which has been decided, and is therefore fixed."

And as an example the dogma cited is...the Trinity.

Between Two Worlds: Kunkle Paper on the Emerging Church
Posted by Martin Downes at 4:12 PM

Wow. I actually had the opportunity to attend Doug's church as it's about five minutes from my house. It was music night. One of the comments from the stage, or corner of the couch and candle-filled sanctuary was something like this:

For years we've heard Jesus referred to as our king. Well I've never lived under a king so I think we need a new definition.

I agree with your sentiments as well as the idea that the door is wide open.

Pagitt's comment gets to the root of the issue:
Do we make the word of God conform to our culture or do we conform our life to the Word of God? I never lived under a lord or master but I sure knew what it meant to submit my life to Christ. And what I did not fully know I am learning.
I understand the appeal to Paul's "being all things to all people" for the sake of the gospel but that had to do with secondary issues. Paul would not eat pork in a Jewish person's house. Got that. But watering down the message of the gospel? It never happened.
Paul introduced many aspects of the Old Testament to pagan Gentiles, trusting the Holy Spirit to give understanding (no doubt in the context of patient teaching). Paul also said that the cross was a cultural offense to both Jew and Gentile but it was still at the core of his message.