They believed he was a mere man but still worshipped him 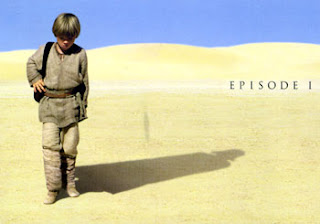 When it came to degrading views of the person of the Lord Jesus Christ the seventeenth century Socinians were worse than the fourth century Arians.

These differences are simply one of degree.  Both Socinians and Arians committed themselves to believing, teaching and confessing heresy.

Whether he was made from nothing before the creation of time and space, or whether he was a mere man with no spiritual pre-existence before his conception, he was still a creature, he was still treated by them as belonging to the side of that great division where things are classed as made, created, contingent, finite, and not classed as infinite, eternal, and unchangeable.

They were both horrifically wrong to make him stand solely with us as a creature, and not to bow the knee to him as Creator and Lord, the eternally begotten Son of the Father, equal with the Father in power and glory.  And that, ultimately, is a wicked thing to do.

The Socinians, however, although they believed that Jesus was a mere man, still worshipped him.

The infamous Unitarian Joseph Priestly commented in 1782 on this self-evident inconsistency in Socinian doctrine and practice:


It is something extraordinary that the Socinians in Poland thought it their duty, as Christians, and indeed essential to Christianity, to pray to Jesus Christ, notwithstanding that they believed him to be a mere man, whose presence with them, and whose knowledge of their situation, they could not therefore be assured of.

The following extract from H. P. Liddon's The Divinity of Our Lord and Saviour Jesus Christ on this Socinian anomaly makes for interesting reading:


The earliest Socinians taught that the Son of God was a mere man, who was conceived of the Holy Ghost, and was therefore called the Son of God.  But they also maintained that on account of his obedience, he was, after finishing his work of redemption, exalted to Divine dignity and honour.


Christians were to treat him as if he were God: they were to trust him implicitly; they were to adore him.  Faustus Socinus zealously insisted upon the duty of adoring Jesus Christ; and the Racovian Catechism expressly asserts that those who do not call upon or adore Christ are not to be accounted Christians.


But this was only the archaeology, or at most the better feeling of Socinianism.  Any such mere feeling was destined to yield surely and speedily to the logic of a strong destructive principle.  In vain did Blandrata appeal to Faustus Socinus himself, when endeavouring to persuade the Socinians of Transylvania to adore Jesus Christ: the Transylvanians would not be persuaded to yield an act of adoration to any creature.


In vain did the Socinian Catechism draw a distinction between a higher and lower worship, of which the former was reserved for the Father, while the latter was paid to Christ.  Practically this led to a violation of the one positive fundamental principle of Socinianism; it obscured the incommunicable prerogatives of the Supreme Being.


Accordingly, in spite of the texts of Scripture upon which their worship of Christ was rested by the Socinian theologians, such worship was soon abandoned; and the later practice of Socinians has illustrated the true doctrinal force and meaning of that adoration which Socinianism refuses, but which the Church of Jesus Christ unceasingly offers to Jesus, the Son of God made man.  Of this worship the only real justification is that full belief in Christ's essential unity with the Father which is expressed by the homoousion. (p. 414)

Email ThisBlogThis!Share to TwitterShare to FacebookShare to Pinterest
Labels: Historical Theology, The person of Christ

Seems like a classic case of the conflict between orthodoxy and personal interpretation: recognizing Christ' high role in the relationship to the Father, yet unable to find any middle ground for worship because of the interpretation of Him as a mere man.