The insufficient explanatory power of Modalism 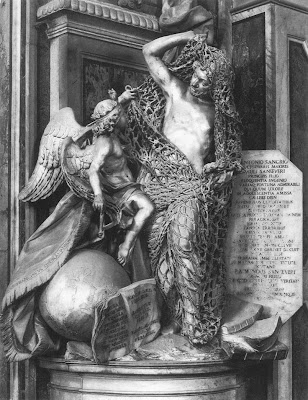 Before I post part two of my assessment of the rejection of the eternal generation of the Son of God by Driscoll & Breshears in Doctrine: What Christians Should Believe let me post this item from the archives.  This may be helpful in the light of the discussion thread on the previous post...

One of the heresies to trouble the early church, and not only the early church, for it has to a lesser or greater extent continued to present itself as a plausible alternative to Trinitarian orthodoxy, was the heresy of modalism.

This heresy posits no distinction between the persons in the Godhead, refusing to speak of three eternally distinct persons in communion. Rather, what we have is a God who is one in essence and person. The modalist understanding is that although God manifests himself as Father, Son and Spirit these are not three distinct, co-equal and co-eternal persons. The appearance of the three persons is only the successive appearance of three modes by which God reveals himself.

The modalist interpretation of the relationship between the being of God and the titles Father, Son and Spirit, is, at the very least, an exegetical failure. It fails to fully account for all the biblical material, it fails it synthesize that data, and it fails assign the proper meaning to the texts at hand. This deficiency was pointed out by the fourth century father Hilary of Poitiers:


For there have risen many who have given to the plain words of Holy Writ some arbitrary interpretation of their own, instead of its true and only sense, and this in defiance of the clear meaning of words. Heresy lies in the sense assigned, not in the word written; the guilt is that of the expositor, not of the text.


Since, therefore, they cannot make any change in the facts recorded, they bring novel principles and theories of man’s device to bear upon them. Sabellius, for instance, makes the Son an extension of the Father, and the faith in this regard a matter of words rather than of reality, for he makes one and the same Person, Son to Himself and also Father.

In contrast to that a minimal framework for Trinitarian belief would include the following affirmations:

A. There is only one God

B. There are three distinct persons in the Godhead: the Father, the Son and the Spirit

C. Each of these persons is fully God

What should we consider to be the necessary and sufficient evidence to affirm these points?

1. That it can be shown from Scripture that there are distinctions between the persons, distinctions that show that the threeness of persons and oneness of essence are equally ultimate.

2. That it can be shown from Scripture that the titles, works, and worship that belong properly to the one true and living God, are given to the Father, Son and Holy Spirit.

3. That we read and interpret the biblical data conscious that the lens through which we view the Trinity is that of the economy of salvation (the Father sending the Son, the Son humbling himself and becoming incarnate as the last Adam, the Spirit of God coming to glorify Christ and apply his saving work). This lens is itself part of the biblical data.

On point (1) this evidence would include texts that speak of :

1.4. Reference being made to more than one divine person within the same literary unit, to whom elsewhere in Scripture divine titles and works have been ascribed (e.g. Isaiah 48:16; 63:9-12)

Some of the texts and categories above are obviously interconnected. Exodus 23:20-21 fits into 1.1./1.3./ and 1.5. The selection of passages above is only representative. As there is a superabundance of NT passages I have chosen more from the OT.

By the way, modalists tie themselves up in knots when the try to explain away the obvious. Jesus prays to his Father. Is this not clear evidence that they are two distinct persons? The modalist would have to say that Jesus' human nature is praying to his own divine nature. But persons speak to each other, not natures.
Posted by Martin Downes at 11:20 PM

i just read driscoll's chapter on the trinity and find your accusation false.

Your assessment of Oneness theology is not correct in the assertion that we believe in successive modalism. Perhaps Sabellius believed such doctrine, but as a minister in the Oneness belief I can with assurance tell you that this doctrine is not taught or held to my knowledge. We do believe that all of the Godhead was in Jesus bodily (Col 2:9), but this doesnt indicate a belief in successive modality. We believe that God continued to exist as Father, even during the life of Christ while God was "In christ reconciling the world to himself." We no more believe that the role of the father ceased to exist at the incarnation than we believe that God ceased to exist in his many appearances as theophanies. Your post leans toward battling a straw man. Also to equate all modalism with Sabellianism disregards the major M.O. of Oneness believers of 'sola scriptura.' Your argument may have been relevant centuries ago, and assumed that we cite church history in doctrine pulling directly from Sabellius as you do Tertullian and other "apostolic fathers." That is patently not the case. Blessings,
Rory.