Believe it or not: New atheists in short trousers 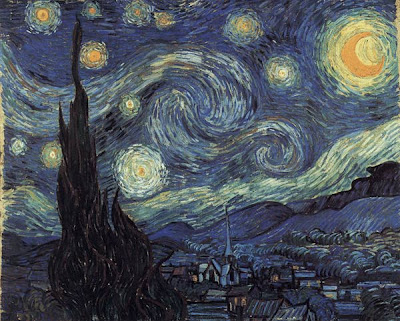 You may be interested in taking a look at David Bentley Hart's essay "Believe It or Not" on the New Atheists (HT: Gary Benfold).  Here are some highlights:


I think I am very close to concluding that this whole “New Atheism” movement is only a passing fad—not the cultural watershed its purveyors imagine it to be, but simply one of those occasional and inexplicable marketing vogues that inevitably go the way of pet rocks, disco, prime-time soaps, and The Bridges of Madison County.

This is not because I necessarily think the current “marketplace of ideas” particularly good at sorting out wise arguments from foolish. But the latest trend in à la mode godlessness, it seems to me, has by now proved itself to be so intellectually and morally trivial that it has to be classified as just a form of light entertainment, and popular culture always tires of its diversions sooner or later and moves on to other, equally ephemeral toys.

The principal source of my melancholy, however, is my firm conviction that today’s most obstreperous infidels lack the courage, moral intelligence, and thoughtfulness of their forefathers in faithlessness.

What I find chiefly offensive about them is not that they are skeptics or atheists; rather, it is that they are not skeptics at all and have purchased their atheism cheaply, with the sort of boorish arrogance that might make a man believe himself a great strategist because his tanks overwhelmed a town of unarmed peasants, or a great lover because he can afford the price of admission to a brothel. So long as one can choose one’s conquests in advance, taking always the paths of least resistance, one can always imagine oneself a Napoleon or a Casanova (and even better: the one without a Waterloo, the other without the clap).

But how long can any soul delight in victories of that sort? And how long should we waste our time with the sheer banality of the New Atheists—with, that is, their childishly Manichean view of history, their lack of any tragic sense, their indifference to the cultural contingency of moral “truths,” their wanton incuriosity, their vague babblings about “religion” in the abstract, and their absurd optimism regarding the future they long for?

But a true skeptic is also someone who understands that an attitude of critical suspicion is quite different from the glib abandonment of one vision of absolute truth for another—say, fundamentalist Christianity for fundamentalist materialism or something vaguely and inaccurately called “humanism.” Hume, for instance, never traded one dogmatism for another, or one facile certitude for another. He understood how radical were the implications of the skepticism he recommended, and how they struck at the foundations not only of unthinking faith, but of proud rationality as well.

A truly profound atheist is someone who has taken the trouble to understand, in its most sophisticated forms, the belief he or she rejects, and to understand the consequences of that rejection. Among the New Atheists, there is no one of whom this can be said, and the movement as a whole has yet to produce a single book or essay that is anything more than an insipidly doctrinaire and appallingly ignorant diatribe.

On Richard Dawkins he writes:


But something worse than mere misunderstanding lies at the base of Dawkins’ own special version of the argument from infinite regress—a version in which he takes a pride of almost maternal fierceness. Any “being,” he asserts, capable of exercising total control over the universe would have to be an extremely complex being, and because we know that complex beings must evolve from simpler beings and that the probability of a being as complex as that evolving is vanishingly minute, it is almost certain that no God exists. Q.E.D.

But, of course, this scarcely rises to the level of nonsense. We can all happily concede that no complex, ubiquitous, omniscient, and omnipotent superbeing, inhabiting the physical cosmos and subject to the rules of evolution, exists. But who has ever suggested the contrary?

Numerous attempts have been made, by the way, to apprise Dawkins of what the traditional definition of divine simplicity implies, and of how it logically follows from the very idea of transcendence, and to explain to him what it means to speak of God as the transcendent fullness of actuality, and how this differs in kind from talk of quantitative degrees of composite complexity.

But all the evidence suggests that Dawkins has never understood the point being made, and it is his unfortunate habit contemptuously to dismiss as meaningless concepts whose meanings elude him. Frankly, going solely on the record of his published work, it would be rash to assume that Dawkins has ever learned how to reason his way to the end of a simple syllogism.

On Christopher Hitchens he says:


To appreciate the true spirit of the New Atheism, however, and to take proper measure of its intellectual depth, one really has to turn to Christopher Hitchens. Admittedly, he is the most egregiously slapdash of the New Atheists, as well as (not coincidentally) the most entertaining, but I take this as proof that he is also the least self-deluding.

His God Is Not Great shows no sign whatsoever that he ever intended anything other than a rollicking burlesque, without so much as a pretense of logical order or scholarly rigor. His sporadic forays into philosophical argument suggest not only that he has sailed into unfamiliar waters, but also that he is simply not very interested in any of it.

His occasional observations on Hume and Kant make it obvious that he has not really read either very closely. He apparently believes that Nietzsche, in announcing the death of God, literally meant to suggest that the supreme being named God had somehow met his demise. The title of one of the chapters in God Is Not Great is “The Metaphysical Claims of Religion Are False,” but nowhere in that chapter does Hitchens actually say what those claims or their flaws are.

On matters of simple historical and textual fact, moreover, Hitchens’ book is so extraordinarily crowded with errors that one soon gives up counting them. Just to skim a few off the surface:

He speaks of the ethos of Dietrich Bonhoeffer as “an admirable but nebulous humanism,” which is roughly on a par with saying that Gandhi was an apostle of the ruthless conquest and spoliation of weaker peoples.

He conflates the histories of the first and fourth crusades. He repeats as fact the long discredited myth that Christians destroyed the works of Aristotle and Lucretius, or systematically burned the books of pagan antiquity, which is the very opposite of what did happen.

He speaks of the traditional hostility of “religion” (whatever that may be) to medicine, despite the monastic origins of the modern hospital and the involvement of Christian missions in medical research and medical care from the fourth century to the present. He tells us that countless lives were lost in the early centuries of the Church over disputes regarding which gospels were legitimate (the actual number of lives lost is zero).

He asserts that Myles Coverdale and John Wycliffe were burned alive at the stake, although both men died of natural causes. He knows that the last twelve verses of Mark 16 are a late addition to the text, but he imagines this means that the entire account of the Resurrection is as well. He informs us that it is well known that Augustine was fond of the myth of the Wandering Jew, though Augustine died eight centuries before the legend was invented. And so on and so on (and so on).

In the end, though, all of this might be tolerated if Hitchens’ book exhibited some rough semblance of a rational argument. After all, there really is a great deal to despise in the history of religion, even if Hitchens gets almost all the particular details extravagantly wrong. To be perfectly honest, however, I cannot tell what Hitchens’ central argument is. It is not even clear what he understands religion to be.

And on Nietzsche he notes that:


The only really effective antidote to the dreariness of reading the New Atheists, it seems to me, is rereading Nietzsche. How much more immediate and troubling the force of his protest against Christianity seems when compared to theirs, even more than a century after his death. Perhaps his intellectual courage—his willingness to confront the implications of his renunciation of the Christian story of truth and the transcendent good without evasions or retreats—is rather a lot to ask of any other thinker, but it does rather make the atheist chic of today look fairly craven by comparison.

Above all, Nietzsche understood how immense the consequences of the rise of Christianity had been, and how immense the consequences of its decline would be as well, and had the intelligence to know he could not fall back on polite moral certitudes to which he no longer had any right. Just as the Christian revolution created a new sensibility by inverting many of the highest values of the pagan past, so the decline of Christianity, Nietzsche knew, portends another, perhaps equally catastrophic shift in moral and cultural consciousness.

His famous fable in The Gay Science of the madman who announces God’s death is anything but a hymn of atheist triumphalism. In fact, the madman despairs of the mere atheists—those who merely do not believe—to whom he addresses his terrible proclamation. In their moral contentment, their ease of conscience, he sees an essential oafishness; they do not dread the death of God because they do not grasp that humanity’s heroic and insane act of repudiation has sponged away the horizon, torn down the heavens, left us with only the uncertain resources of our will with which to combat the infinity of meaninglessness that the universe now threatens to become.

Because he understood the nature of what had happened when Christianity entered history with the annunciation of the death of God on the cross, and the elevation of a Jewish peasant above all gods, Nietzsche understood also that the passing of Christian faith permits no return to pagan naivete, and he knew that this monstrous inversion of values created within us a conscience that the older order could never have incubated.

He understood also that the death of God beyond us is the death of the human as such within us. If we are, after all, nothing but the fortuitous effects of physical causes, then the will is bound to no rational measure but itself, and who can imagine what sort of world will spring up from so unprecedented and so vertiginously uncertain a vision of reality?

Marvellous. It was my reading of Nietzsche which was such an intellectual relief after trawling through Dawkins' illogic. So I was thinking of Nietzsche from the first paragraph of Hart's essay as you quote it! Nietzsche was so clearly insane, arrogant and frightful in his hopes for humanity - but he got it. That's what you have if you reject the God who reigned from the tree. Our cultural philosophy since has been in Nietzsche's shadow, but is merely that - an insubstantial ghost of his thought, a distorted echo of his manically logical laughter. Thanks for flagging up this essay.

Great isn't it. The subtitle came into my head a couple of years back when I read Anthony Flew's book "There is a God."