A New Kind of God? 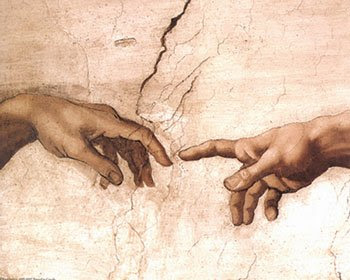 Michael Wittmer continues his review of Brian McLaren's A New Kind of Christianity. In his latest post he looks at McLaren's answer to the question "Is God Violent?" Have a read and see what you make of it. I cannot help but wonder whether the next stopping point on this journey is atheism. I say that with absolutely no pleasure at all. There is a way back from error.

Here are the opening paragraphs from Michael Wittmer's assessment of McLaren's third Q & A:

Brian begins this section by admitting that he has a big problem. It helped his new kind of Christianity to assert that the Bible is our cultural library rather than authoritative constitution, but he still has to wrestle with the fact that this library contains many bloody books. In Brian’s words, he needs a way to deal with the numerous “violent images, cruel images, [and] un-Christlike images” of God that are found in the Bible.

Most troubling is the God who appears in the Noah narrative. Brian complains that “a god who mandates an intentional supernatural disaster leading to unparalleled genocide is hardly worthy of belief, much less worship. How can you ask your children—or nonchurch colleagues and neighbors—to honor a deity so uncreative, overreactive, and utterly capricious regarding life?”

And here are his five key observations:

1. Brian seems to agree with Feuerbach that religion—and in this case the Bible—is merely our human projection of God. Our view of God tells us everything about ourselves and nothing about what God is like. If this is his view—and his endorsement of Pete Rollins gives more reason to suppose that this is the case, then he needs to find another line of work. If we don’t have a revelation from God, then we’re all wasting our time here.

2. Brian writes that he treasures the Bible, even calling it God’s inspired Word, but then he says that much of it, especially the older parts, is just wrong. I am not able to make much sense of that.

3. Brian solves the problem of a violent God in Genesis 6 by saying that this immature deity is later replaced by the New Testament perspective on God. I wonder how this coheres with Brian’s comment in question 1 that he prefers the earlier Hebrew God Elohim over the later Greek God Theos. It seems that Brian only accepts the Bible when it says something he likes, and then fishes for a reason to justify his decision, even if the reason contradicts his argument for another passage.

4. Brian has embraced the red letter Bible, where Jesus’ words and actions count more than what Paul or Peter wrote. He said that one evangelical’s “transparent willingness to grant Jesus no more authority than Paul renders me speechless.” I am not necessarily trying to shush Brian, but I will second what the evangelical said: Paul’s epistles have the same authority as the words of Jesus, for both are the Word of God.

5. Here’s the kicker which you knew was coming. Brian alleges that those of us in “seminaries and denominational headquarters” who say that every description of God in Scripture is authoritative are guilty of “conceptual idolatry,” for we are “freezing” our “understanding of God in stone.”

You can read the whole post here
Posted by Martin Downes at 6:20 PM

Email ThisBlogThis!Share to TwitterShare to FacebookShare to Pinterest
Labels: Books, The Defense Against the Dark Arts, The Doctrine of God

And so "emergent humility" about truth simply shows itself for what it is: pride, plain and simple.