In denial: A New Kind of Christianity (review links) 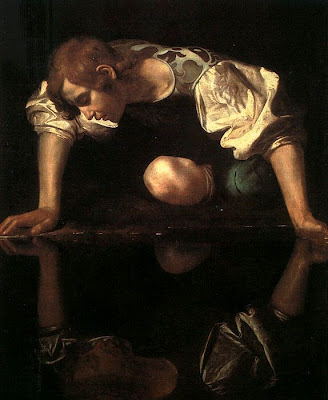 Michael Wittmer is doing a pretty good job of that as he works his way through Brian McLaren's A New Kind of Christianity, offering a good blend of exposition and analysis. It is worth following his commentary on Brian McLaren's answers to, to quote from the book's subtitle, "ten questions that are transforming the faith."

Christian orthodoxy is a definable, stable, reality. You can know what Christians believe and there are objective ways to assess whether someone is moving toward or away from orthodoxy.

That means you can also assess whether a proposal to transform the Christian faith is in fact a deviation away from the Christian faith as biblically understood and historically believed, taught and confessed. It is one thing to say that, here in the year 2010, you have discovered the true nature of the Christian faith that former generations have misconstrued, it is quite another to overturn what has been previously believed by superior exegesis and theology.

Here are the posts so far:

Question 1: What is the overarching story line of the Bible?

Question 2: How should the Bible be understood?

Question 4: Who is Jesus and Why is he important?
Posted by Martin Downes at 4:38 PM

Quite brilliant is it not?

I really enjoyed of His blog, very interesting.
hug from Brazil!

Much of what Mr. McLaren brings up can be found in various strains of orthodox Christian thought throughout the centuries. This isn't a new Christianity--it's an old one. But folks of the reformed persuasion seem not as likely to know this, I'm noticing.

There is no doubt about his anabaptist views, but his explanations about the atoning work of Christ do not resonate at all with historic orthodox views but rather with aberrant 16th century Socinian views. His explanations of the work of Christ also have a strong affinity with the kind of liberalism that was popular in the 1920s. If you read Machen's classic work "Christianity and Liberalism" the parallels are clear. His denials of hell, from a historic standpoint, are far from orthodox.

There are several historic antecedents to his views but they are far from being orthodox. Saying that they are so will not make them so.