Indelibly woven into the fabric of the text 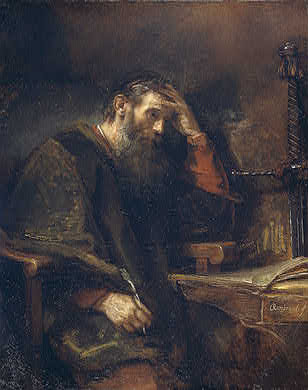 The battle to refute heresies and to affirm and apply orthodox doctrines is primarily an exegetical battle. That is not to say that matters of synthesis, theology, and philosophy are far removed from the fight. They always lie close at hand. But as Hilary of Poitiers memorably put it:

...there have risen many who have given to the plain words of Holy Writ some arbitrary interpretation of their own, instead of its true and only sense, and this in defiance of the clear meaning of words. Heresy lies in the sense assigned, not in the word written; the guilt is that of the expositor, not of the text.

There is a great danger that texts have not only be wrongly interpreted, but also read through the lens of a world view that has been imposed upon, rather than arisen from, the text. Anyone engaged in polemical theology must be aware of this danger.

The goal is to show that the words of Scripture cannot bear the heretical meaning imposed upon them, that at the exegetical level error offers abitrary interpretations. Of course, there is a short route from collecting a few texts together to the construction of an non-negotiatible hermeneutical grid through which all texts are then filtered.

Not that those with an orthodox theology are themselves entirely free from the danger of misinterpreting the text, or that the texts are always used in the right way to support the right doctrines. To have the humility to admit this should not be confused with opening the door to the teeming hordes of postmodern special interest groups who want to bend the words of Scripture to fit their particular agendas.

We look to Thee to give us the fellowship of that Spirit Who guided the Prophets and the Apostles, that we may take their words in the sense in which they spoke and assign its right shade of meaning to every utterance.