The Evangelical Megashift: Twenty years on 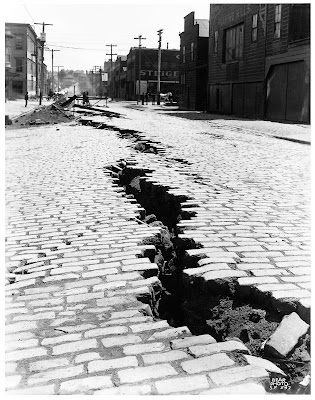 It is almost twenty years since Christianity Today published the article "Evangelical Megashift: Why you may not have heard about wrath, sin, and hell recently" by the Canadian theologian Robert Brow (19th February 1990, to be exact).

Twenty years is a long time. After all in Febraury 1990, here in the UK Margaret Thatcher was still the Prime Minister, and the Iraqi invasion of Kuwait was still several months away.

Over the next two months I will make some occassional posts on the original article, and will offer some reflections on the trajectories of what Brow called "new model" thinking. Brow claimed that this was "dividing evangelicals on a deep level." Al Mohler referred to this article, back in 1996, as a "manifesto for evangelical revision."

Indeed it is worth recalling his comments on the subtle progressiveness of this paradigm shift from old to new model thinking:

But now, almost without our recognizing it, another model has appeared...A whole generation of young people have breathed this air, making their thinking very different from that of "old-model" evangelicalism, even where there is shared commitment to Jesus as Savior and the Bible as the authoritative Word of God.

This theological sea change, as has so often happened in church history, involved giving new meanings to the ever stable language of the Christian faith.

In particular Brow noted that the words hell, faith, judge, wrath, sin, church, and the title "Son of God" were all being assigned new meanings in line with "new model" thinking:

We have looked at seven key words that have radically changed focus among new-model evangelicals. When these words are encountered in the Bible, their meaning is articulated with a different accent.

Many readers of Christianity Today will recognize that they have moved in some of these directions without being conscious of a model shift. And the old model can be modified and given qualifications for a time. But once three or four of the changes have occurred, our thinking is already organized around the new model.

We may still use old-model language and assume we believe as before, but our hearts are changing our minds.

Others have noted that this article was a precursor for the open theist project (although an essay by Clark Pinnock in 1986 heralded this neo-Socinian theology to the evangelical world), and a portent much of the emergent and post-evangelical theology that has influenced evangelicalism in the first decade of the 21st century.

Almost ten years ago Gary L. W. Johnson was right to say that these "new model" thinkers have not lacked "a platform to propagate their anti-Reformational views" (and that not least through the medium of Christianity Today).

Yet, back in 1990, who would have thought that we would see a suprising resurgence of the very "old model" Calvinistic thinking that the "new model" thinkers were to determined to steer evangelicals away from?

Furthermore, however you assess it, this resurgence of the New Calvinists has brought in its wake a bold proclamation and clear articulation of the very words that the evangelical megashift was busily reinterpreting.

Thank you, Martin. I'm just working on a piece with the title 'Where have all the flowers gone - or whatever happened to TULIP? It is about the same subject in essence and takes up the thesis of Hart & Muether With Reverence & Awe, P&R publishing) that essential doctrines fare less well in the up-beat environment of contemporary worship.

That's grand. Where will it be published?