The Great Escape: Matthew 2 as the remake of a classic story 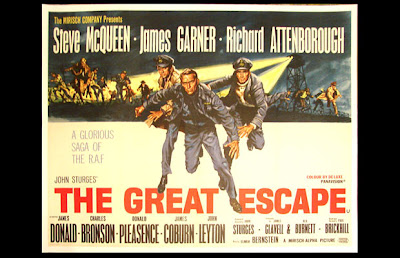 The following article of mine was recently published in The Evangelical Magazine.

You don’t usually need a TV guide to know what films are on over Christmas. Every year, without fail, there are some classic films that return to our screens. It just wouldn’t be Christmas without The Wizard of Oz, The Sound of Music, or It’s a Wonderful Life.

There are two seasonally shown films that strike a chord with the events recorded in the second chapter of Matthew’s gospel. They are The Great Escape and The Italian Job. The latter is that classic British movie with Michael Caine and Noel Coward, but starring three Mini Coopers. More recently another film with the same name, loosely based on the original, was released.

But a remake rarely lives up to the original. That observation, however, does not hold true for Matthew chapter two. In fact we will miss Matthew’s point unless we see that the events surrounding the birth of Jesus are in fact a remake of Old Testament events that surpass the originals.

(Thanks to Scott Clark for the link, I had no idea it was online)

David Robertson is the author of The Dawkins Letters
Posted by Martin Downes at 9:16 AM