Thomas Charles on The Angel of the Lord 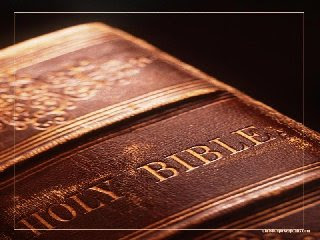 The following is taken from Thomas Charles' Bible Dictionary (1805) and has been translated from the Welsh. Thomas Charles was one of the leading Calvinistic Methodist fathers in Wales. It forms part of that historic stream of interpretation that understand OT theophanies and appearances of the Lord as pre-incarnate appearances of the second person of the Trinity.

Douglas Kelly has observed that:


Before the rise of higher criticism, the Christian theological tradition, both east and west, Catholic and Protestant, generally understood the Old Testament theophanies to be pre- incarnate appearances of the Second Person of the Trinity, Christ himself.

The Lord Jesus appeared in primeval times and manifested himself under the title ‘The Angel of the Lord’ or ‘The Angel of JEHOVAH’: the sent one of JEHOVAH, or the sent JEHOVAH; ‘the Angel of the Covenant’ or ‘the sent one of the Covenant’. JEHOVAH, in the Person of the Son, condescended voluntarily, in the plan of the covenant, to be sent and to come as the Mediator of the better covenant; to fulfil all the terms of the covenant; to ratify it by his blood; and to contribute all the promised blessings of the covenant to all those who believe in him.

His appearance was in human form, with some form of radiance accompanying it which gave it a glorious majesty (Judges 13:6). JEHOVAH, in the Person of the Son, was in him, and he was an appropriate representation of the divine presence, and he is therefore called ‘the Angel of his presence’, because he was the brightness of his glory and the express image of his person; the image of God; the glory of God; the face of God. (Heb. 1:3; 2 Cor. 4: 4-6; Exod. 33: 14-15; Is. 63: 9).

This illustrious Angel was well-known to the Church from primitive times. He appeared:

to Hagar, Gen.16:7-13. Who but the Angel JEHOVAH could have told her, ‘I will multiply thy seed exceedingly’?

It was this same Angel who afterwards redeemed the Israelites from Egypt (Numbers 20:16) and who went before them in the cloud, and moved behind them, between the camp of the Egyptians and the camp of Israel (Exod 14:19-20). He carried within him the name of God, that is, the essence of God; therefore he carried within him the name of JEHOVAH, and he was to go before them in the wilderness, to keep them in the way, and to bring them to the promised land (Exod. 23:20).

He also it was whom Jacob in his old age acknowledged as the Angel who redeemed him from all evil and was the fount of all blessing for himself and his offspring (Gen.48:16). It was he also who prevented Balaam from cursing the Israelites (Numbers 22:32-35). He appeared of old to Manoah and his wife and gave to them the promise of a son (Judges 13). He later, in one night, put to death ‘a hundred and fourscore and five thousand’ of the camp of the Assyrians (Isaiah 37:36).

He is the Angel JEHOVAH, our fortress and the Apostle of our profession (Ps. 34:7; Heb. 3:1); ‘an interpreter, one among a thousand’ (Job 33:23) – in Hebrew: ‘the Angel of interpretation’ or ‘the Intercessor’, namely, the Son of God, the Apostle of our profession, the chiefest among ten thousand. The word denotes one who mediates between two parties in order to bring about reconciliation, either between God and man, or between man and man; one who interprets cases, and intercedes on behalf of an offender.

This is a very appropriate name for Jesus Christ, the Angel of the Covenant, who by very office has been sent as an interpreter to expound to sinners the great plan of the Covenant, and to present an atonement on their behalf, as the basis of his intercession for their release.

Posted by Martin Downes at 7:41 AM