How a crisis in the Reformed churches was overcome 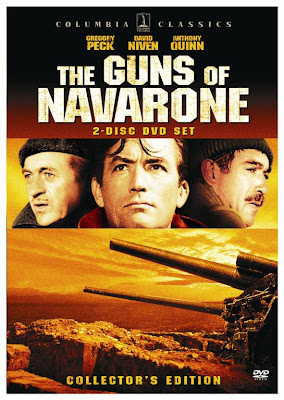 Scott Clark explains the problem and how it was addressed:

Everyone knows the acronym TULIP, but not everyone knows where this acronym comes from. The Canons of Dordt are among the most famous but unread deliverances of any Reformed Synod. The canons are more than five letters. The canons teach a pastoral doctrine of grace and provide a model for the stewardship of the Gospel.

The Canons (rules) of the Synod of Dordt were written after years of controversy within the Reformed churches in Europe and Britain. In the late sixteenth century the Reformed doctrines of sin, grace, faith, justification, atonement, perseverance, and assurance faced a growing resistance.

Read it all at the Ligonier site here

[NB: The Canons of Dordt are not to be placed in the same category as The Guns of Navarone]
Posted by Martin Downes at 10:35 PM

The 5 points were never meant to be a positive statement of doctrine. They were answering the 5points set forward by the Arminians. Calvin nor any of the other Reformers came up with some kind of 5 key points model to outline the foundations of the faith. The five points deal with specific issues. They're true, but there's so much more. Also, there are aspects to three of the points, the L,I, and P that also have reciprocals. There is a sense in which the atonement is univeral, grace can be resisted, and salvation (covenantally) can be lost.

If one starts with the five points and begins to construct a system from there...you end up with a form of hyper-calvinism.